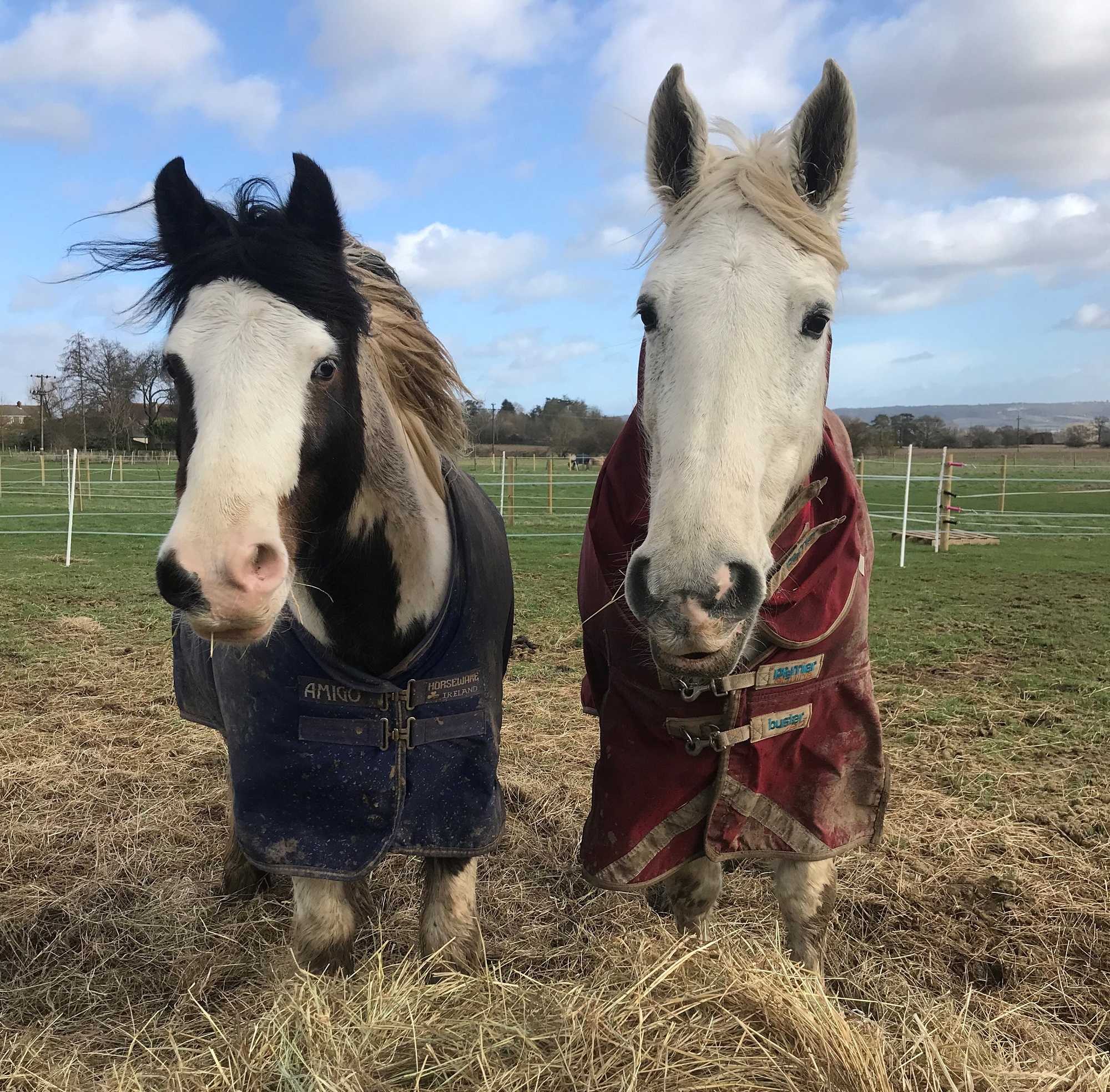 I moved yards on 21st December 2019 with my 20 year old Irish Draught Cross, Annie and 7 year old Gypsy Cob, Cody.  Excited at having both my horses together for the first time (they’d lived in separate herds at my previous yard), I had chosen a miniature Shetland foal the previous month to join them and eagerly collected her two days later on 23rd December.  Unfortunately though, Bunty bought me an unwanted Christmas present in the form of Strangles.

On Christmas Eve, less than 24 hours after owning her, she came in with what I can only describe as a gash to her head.  The attending vet initially diagnosed it as an abscess caused by a foreign object, such as a thorn, but as the days followed, it became clear to me it was much more and a week later Strangles was diagnosed and my poor little foal had huge holes in her head above her eye and subsequently under her throat.

The story is long and drawn out with many ups and downs and complications. Sadly my other two contracted it – both in different forms, infact all three were different and my beloved Annie was particularly ill and had to be admitted to the vets – she was quite literally choking and aspirating. I'm proud that, thanks to the support of my Yard Manager, the cooperation of all the liveries and my own strict biosecurity measures, I managed to contain the spread to just my horses - no one else on the yard was affected.

As I write, Annie has had a guttural pouch wash and is clear; Cody actually had a chondroid which was removed – he is due to have a second lavage at the beginning of next week. If he and Bunty both test negative, fingers crossed I’ll finally get the all clear, some four months later.

When I went public about our outbreak, I received nothing but support and good wishes and my friends have been absolutely amazing. A lot of people felt helpless at the time – I was worried out of my mind, exhausted mentally and physically and had many a sleepless night.  Where all my friends have horses themselves though, there was little they could do to help me practically but they regularly checked in with me and helped me get through on a emotional level.

I would love for some good to come from what I’ve been through and hope our story will go some way to educating people and reducing the stigma.