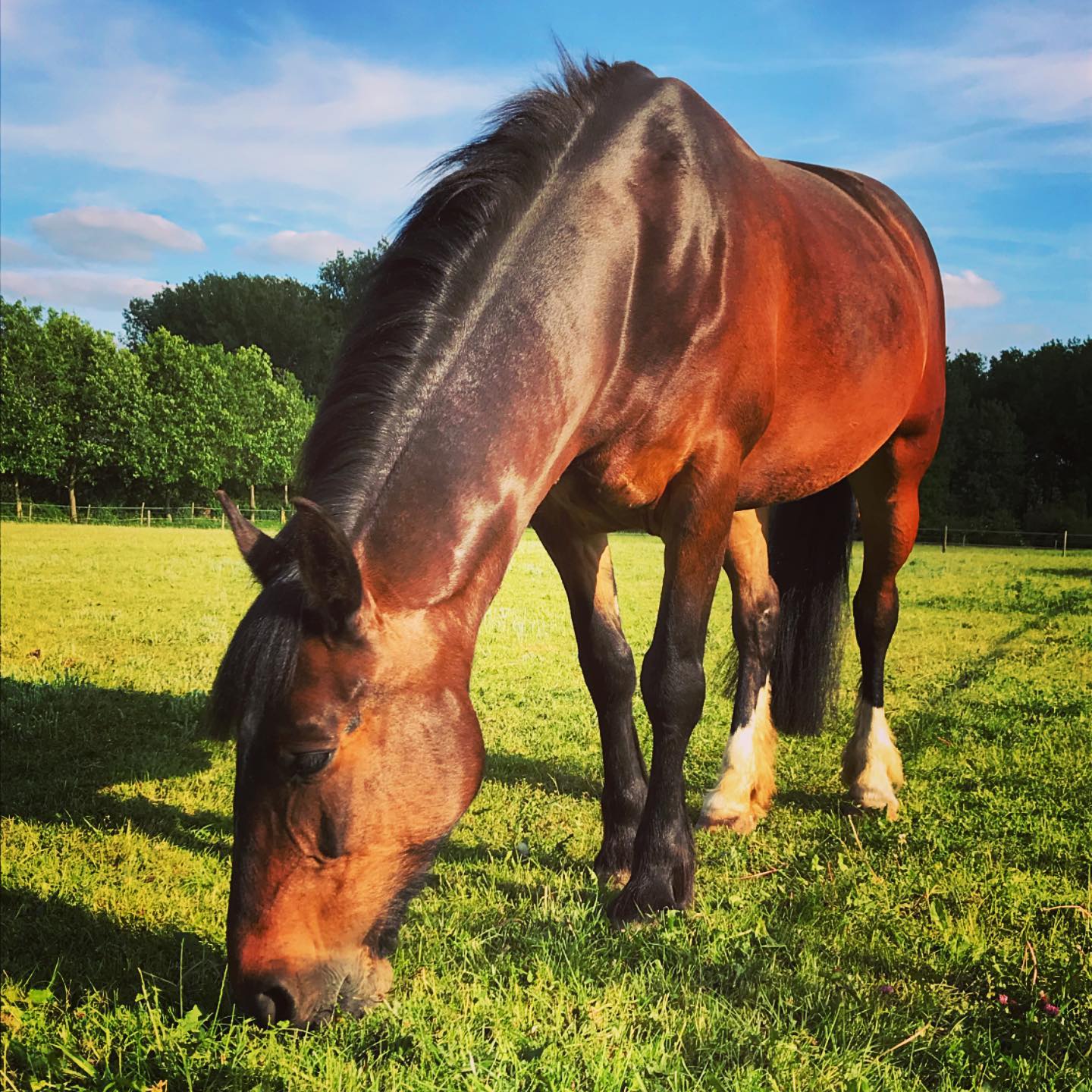 I will never forget being a spectator at Burnham Market horse trials in April 2018 when my yard manager rang to say there was a suspected case of strangles on the yard and we were in lock down. I wanted the ground to swallow me up right there, I reassured myself that I wasn’t wearing anything that had been at the yard so I was no potential risk to all those world class horses around, but felt so sick! I was going through a horrible time in my divorce, a house purchase, and my plans for my horse and I that summer were pretty much all that was keeping me going. How my summer plans changed!! But after 5 months and a big 4 figure vet bill we had a happy ending. I’m sharing our story to help ease the stigma around this horrible disease, and to encourage other horse owners to sign the pledge to stamp out strangles.

During the outbreak, all 20 horses on the yard, a mixed livery yard and family riding school, were tested at least fortnightly, those who showed elevated risk of infection were strictly isolated. Thankfully my mare stayed in the “green” strangles free group and I was still able to visit and exercise her, albeit under strict biosecurity measures. Then just before the late May bank holiday I finished a ride and thought she felt a bit hot afterwards, I hoped it was down to us having worked hard in the midday sun. Later that day though I got the call to say her temperature was up and she’s been moved into isolation as a precaution.

That weekend was awful, and in the week that followed I honestly thought she would die. Never seen her so depressed and unable to eat or drink. The thick snot from her nose ran all the way to the ground, her throat was visibly throbbing, and the daylight hurt her eyes. Classic strangles symptoms, yet to all our surprise (not least our vet) the lab results came back as negative!! Kept in isolation we nursed her with giant fruity ice lollies, haylage, and fruit juice in her water to encourage her to eat and drink, bute and antibiotics to make her more comfortable. As the snot subsided she could go to the yard owner’s front lawn for some isolated grazing. But still highly infectious, retest results were now positive for strangles, and she had by this time also developed a golf ball sized abscess under her jaw. She had lost loads of condition, and worryingly was also suffering from locking stifles.

Once she was over the worst of the strangles symptoms we moved her to a paddock with two companions, also tested positive, awaiting time to pass before guttural pouch washes could be done to confirm the strangles was gone. But her stifles were still locking, it was heart breaking watching her dragging herself around. On the vets’ advice I took some jump poles down to the isolation field and spent virtually every evening after work for two months walking her in hand, and later lunging, to help build back her fitness. Only I could do this, as still in isolation the yard staff had to really limit their contact. But after a few weeks the exercises started to work and I was getting my girl back, everything was sanitised and clothes/boots changed before and after visits. I avoided visiting friends with horses and was paranoid about spreading the disease.

Mid-August came and the second of two guttural pouch wash treatments done in the stifling hot field, vets in full protective gear, and finally the results were clear. We could get back to normal, reopen the yard and riding school! Luckily my insurance paid out some of the vets bills and I had the most amazing first gentle ride back on 19 August!

Two years on, there are thankfully no lasting effects from the strangles, she's also back in working livery helping others enjoy learning to ride. Huge thanks to the yard owners, staff, vets and my friends and family for all the support - few really knew this reality until now.

Last year she successfully competed at the BHS National Riding School Championships, winning the horse the officials most wanted to take home! We also got out and about ourselves doing our first solo trips off the yard to local dressage events. We had more planned for 2020 but now us humans are in isolation and lockdown, similarly for a highly contagious respiratory disease, and I can’t help but draw parallels. The difference being we know how to stop the spread of strangles but that still it is stigmatised and pushed underground.