Celebrations after Monarch the foal born at Redwings 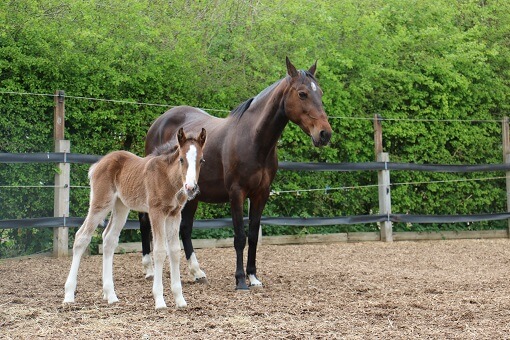 A pregnant mare who was involved in a road traffic accident in Essex has given birth in Redwings’ care.

Bay mare Majesty – named in honour of the Queen’s Jubilee year – came into us two months ago on 25th February after suffering a broken nose and chest injuries in the crash.

Happily, she has successfully given birth to a not-so-little boy who has been named Monarch.

The story has been featured in today's Daily Mail and Daily Mail Online. 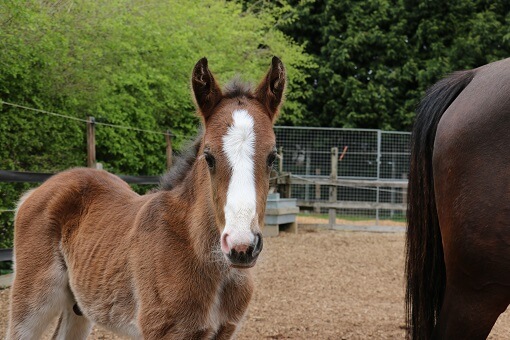 Nicola Berryman, Redwing’s Welfare Veterinary Surgeon, who is caring for the pair at one of our Norfolk sites, said: “Monarch was born in the early hours of Thursday 7th April. We don’t know who the father is but it’s clear he was a big horse as Monarch is huge!

“Majesty and baby Monarch had a tricky start when he came into the world  – they had some initial problems with him feeding but foal and mum are in good health and are now doing well.

“Given all poor Majesty has been through, and the interest in Majesty’s story, we are absolutely thrilled to be able to share this news with our supporters.” 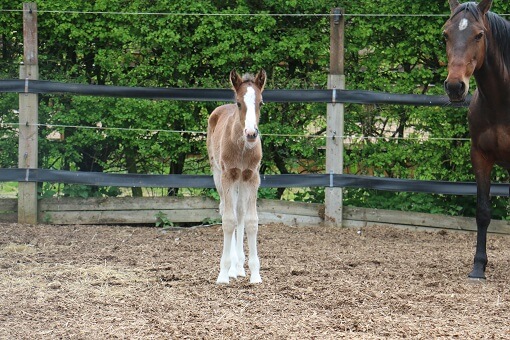 Majesty was hit by a vehicle at Tilbury Docks on 10th November and was found stuck in some railings on the central reservation when the emergency services arrived. She was transported to a private boarding establishment who did a great job looking after her during her recovery.

Jo Franklin, Redwings Senior Field Officer, said: “The awful injuries Majesty sustained mean that, understandably, she’s quite head shy when having a headcollar put on and will need ongoing support from our specialist behaviour team.

“We’re so glad we were able to offer her a home in Sanctuary here at Redwings, and of course her new foal Monarch.”

Hackney-type Majesty is 14.1hh and her microchip shows that she is 11 years old. Unfortunately, her owner’s details were not registered so they have not been able to be identified.

As a charity 100% funded by donations, it is thanks to the generosity of our supporters that Redwings is able to take in and care for horses like Majesty and Monarch.