From strangles and strep zoo to Sanctuary life 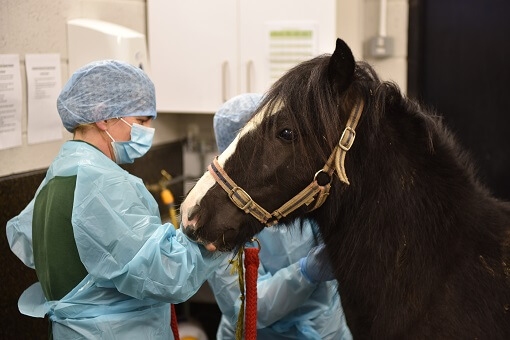 When Redwings first met Budgie, he looked like any other bright, healthy young cob, but we knew that he was, in fact, suffering from the effects of a nasty infection and needed complex treatment to help clear him of disease.

Budgie was originally part of an RSPCA rescue and had been affected by the illness ‘strangles’ as a foal. Most horses will recover naturally from strangles but it can cause complications for around one in five infected equines. Vets check horses as they recover from strangles by entering part of their respiratory system called the ‘guttural pouches’ with a special endoscope that enables them to visually examine the pouch and take samples for testing. When it came to Budgie’s turn for testing, the vet discovered that his pouch had become sealed shut, suggesting something quite serious was going on inside.

It was time to consult the experts, and Budgie found himself the topic of discussion between vets at the RSPCA, House and Jackson Veterinary Hospital and Redwings, who have specialised for many years in treating rescued horses with strangles before they are introduced into the Sanctuary.

Vets felt that surgery may be the only way to access the sealed guttural pouch, and Budgie was taken to House and Jackson Veterinary Hospital, where the team has unique expertise in this particular area. However, as the operation is not straightforward, they wanted to explore any other options that might help him first, and Redwings’ vet Nic travelled to the Hospital to work with the team.

As Budgie’s head was so small, standard equine endoscopes were proving a little too wide, so the team switched to a scope designed for use in dogs! They then used the much smaller scope to insert a tiny laser which they used to create a tiny hole in the skin covering the guttural pouch entrance so the small scope could finally squeeze its way into the elusive air pocket. Budgie was given sedatives so he could doze and not be bothered by the procedure, which also helped the vets work quickly so he could be woken up and back at his haynet as soon as possible.

The scope camera revealed that Budgie’s pouch was filled with pus, the result of his immune system’s efforts to fight off infection. An endoscope has a channel that allows pus to be gradually flushed out of a guttural pouch, but with so much to remove, it would take more than one session to get everything cleared. Having access to the pouch also meant that a sample could be sent away for testing. 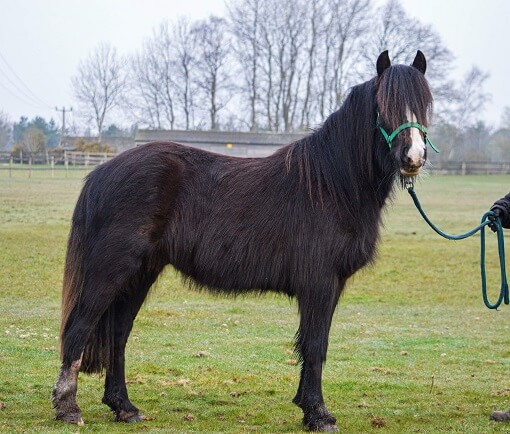 We knew that Budgie had been infected with strangles previously, but the sample from his pouch turned out to be another bacterium called Streptococcus Zooepidemicus, known as ‘strep zoo’. Strep zoo is a relative of the strangles bacteria Streptococcus Equi, and while many horses can carry strep zoo without becoming ill, it can also cause nasty infections and occasionally even prove fatal in young horses like Budgie, so it was essential that he was treated and monitored until we knew he had completely recovered.

Alongside concern over Budgie’s health, he also needed a long-term home and having done so much to help treat Budgie, Redwings offered him the secure future this lovely boy deserved. This meant he could move to our quarantine site in Norfolk to complete his treatment, receive all the care he needed without the risk of other horses being exposed to the strep zoo bacteria, and join one of our Sanctuary herds when he was completely infection-free and ready to start a normal life.

Horses like Budgie highlight the importance of collaboration between charities, authorities and veterinary specialists to ensure every horse has the best chance of survival. Here at Redwings we are proud of our strong connections with other charities across the UK that enhance our ability to provide a secure and loving home to the horses that need us.