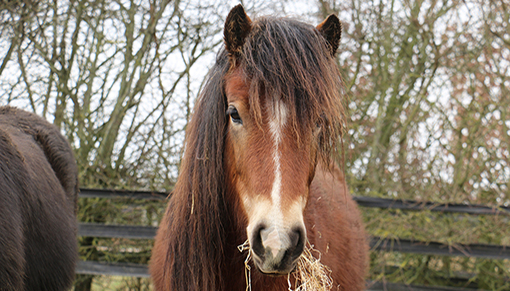 Nineteen horses saved from an animal sanctuary due to their lack of care and named in honour of our NHS heroes are enjoying new lives at Redwings.

Following the recent conviction and sentencing of the former owner of Whispering Willows Sanctuary in Wales, we are finally able to talk about the horses in our care for the first time – almost 18 months after their arrival.

In November 2019, a total of 137 horses from Whispering Willows were taken into the care of equine welfare charities across the UK after serious welfare failings were uncovered.

After pleading guilty to causing unnecessary suffering to the animals in their care, the sanctuary’s former owner was banned from keeping all horses for 10 years.

We offered a new home to 23 of the horses, who arrived in varying states of poor health and some were very fearful. Unfortunately, we had to make the difficult decision to put four to sleep shortly after their arrival when it became clear that their health issues were too great to overcome.

Each were suffering from severe pain due to lameness and stiffness, and vets were sadly unable to relieve their discomfort.

After receiving basic care - including worming, farriery and dental checks - the physical health of the remaining 19 horses recovered well and, as the Covid-19 pandemic hit the UK, went onto to be named after NHS hospitals in tribute to the country’s frontline healthcare workers. Their names include Alexandra, Gwent, Radcliffe, Good Hope and Princess Royal! 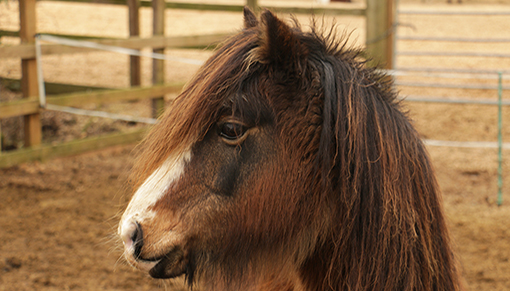 Due to their previous lack of handling, the majority of the nervous group are now receiving ongoing care and training at our specialist Behaviour Centre in Norfolk.

Nic de Brauwere, Head of Welfare & Behaviour who provided support during the horses’ removal from Whispering Willows, said: “One of the saddest things was that people believed the sanctuary was offering a wonderful home, however it was clear that the horses were receiving wholly inadequate levels of care.

“There were horses who, due to their age-related ailments – compounded by their lack of care – were needlessly suffering and the kindest and most responsible thing to have done would have been to put them to sleep long before we got involved.

“Of the 23 horses Redwings offered a home to, we unfortunately had to say goodbye to four shortly after their arrival because, despite the combined efforts of our vets, farriers and carers, we were sadly unable to make them comfortable enough to stop them from suffering.

“On a physical level, the remaining horses have recovered well but most are currently spending time at our specialist Behaviour Centre to undo the neglect of their behavioural needs experienced while at Whispering Willows, which left them fearful of people. It will be some time before any of them are ready to be assessed for possible rehoming in the future, but for now they’re enjoying happy and healthy new lives at the Sanctuary.”

Nic, who is also the Chair of the National Equine Welfare Council (NEWC) who helped to co-ordinate the charities involved in the operation, added: “Too many times we’ve seen sanctuaries struggle and fail when owners take on too many animals without the necessary care knowledge, experience or finances, which is why we’ve been calling for the regulation of rescue centres and sanctuaries as a vital next step to protect the welfare of animals in the UK.”

To support the care of the horses now living at Redwings, please call 01508 481000 or click here to make a donation.