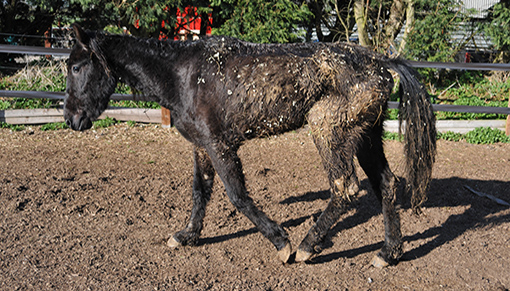 This month, Beth Cooper from our Welfare Team talks us through how to assess a horse or pony's weight.

Horses can lose weight for many reasons. Some horses may even be kept lean for health reasons, such as horses with Cushings, or those especially prone to laminitis. Generally, horses naturally lose some weight over the winter, when they use their fat deposits and food to generate heat. They then gain it back in the summer when there’s more grass around. Different breeds of horses come in different shapes and conformations, and some require more or less food than other breeds.

Most underweight horses are categorised by factors such as visible ribs and protruding hip bones, so seeing the ribs of a horse can be quite alarming for some people. Visible ribs are not always a sign of malnourishment, however – it’s important to look at the horse as a whole. Often, we will receive a report claiming that a horse is emaciated, however upon further assessment by our expert field officers and vets, they’re usually more like a 2 or 2.5 on the Body Condition Scoring chart, which is described as “moderate”.

The Body Condition Score (BCS) is a way of telling if a horse is a healthy, appropriate weight or not. BCS charts are available for most animals, but it’s especially helpful for horses who can be difficult to weigh. The chart used by Redwings scores horses on a scale from 0 to 5, with 0 being “very poor” to 5 being “very fat”. Anything below 2 and above 4 is potentially a concern and might benefit from investigation by a welfare organisation.

You can find out more about body condition scoring, and examples of charts, by clicking here.

One of our Senior Field Officers was called out to a pony which was reported as being severely underweight. It had been said that the pony received no food or veterinary attention, and the pony was potentially at risk of starving. When the field officer visited to assess the pony, she found that while the pony was slightly underweight, it was definitely not at risk of starving. What had made the weight seem severe, is that most of the other horses and ponies on the farm were overweight, with Body Condition Scores of between 4 and 5, which could potentially have been more damaging than a pony that is a 2 or a 3!

Equine obesity is a serious problem in the UK, and the more fat ponies we see, the more a pony of healthy weight begins to look thin by comparison. A study published in 2017 suggested that exposure to obesity has led to increased acceptance of larger body sizes, and that breeds and even coat colour can mislead observers into believing that horses are more or less overweight than they are found to be after objective assessment. To read the study’s findings, please click here.

Of course, if you ever see a pony you’re concerned about, please don’t hesitate to call or email our welfare line. We’d much rather go out and see something that might not need any help, than let a pony continue to suffer.

You can see below some examples of horses and ponies we’ve helped, and how they correspond to the Body Condition Score chart. 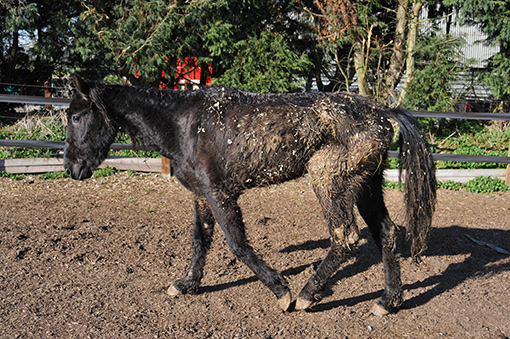 This is Kensington, who was rescued in 2009. As you can see, Kensington was in a very poor condition when he came to Redwings and was given a BCS of 0 out of 5.

His skeletal structures are clearly defined across his body, from his neck to his ribs and hips; even shoulders and thigh bones are visible.

(You’ll be pleased to know Kensington survived and grew into a very handsome young man!) 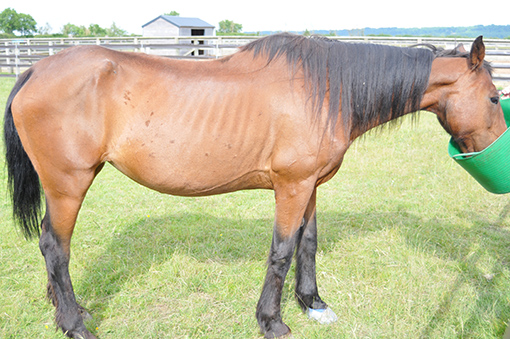 Brecon was rescued in 2009 from Welsh Commons. As you can see here, Brecon’s ribs and hips are quite prominent, but not skeletal. Her neck is also very thin, almost bowing in the middle. A horse found in this condition might require some further investigation to find out the cause of their weight loss, and if they’re under treatment or a care plan. 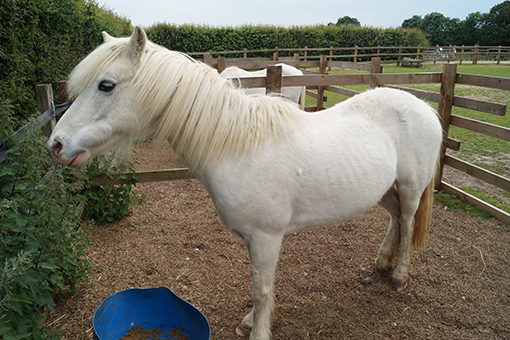 This is Smokey, one of the residents at our headquarters in Norfolk. Smokey suffers with Cushings disease and is susceptible to laminitis, so is kept at a BCS 2-2.5 to ensure that he stays healthy. You can see that his ribs are just visible, but he still has top-line coverage (along the spine) and his hips are not too angular.

Some horses are kept in this manner, but it is vitally important that any horses on a special diet are regularly monitored. Smokey is weighed at least once a fortnight and is under the care of our vet team based at his farm. 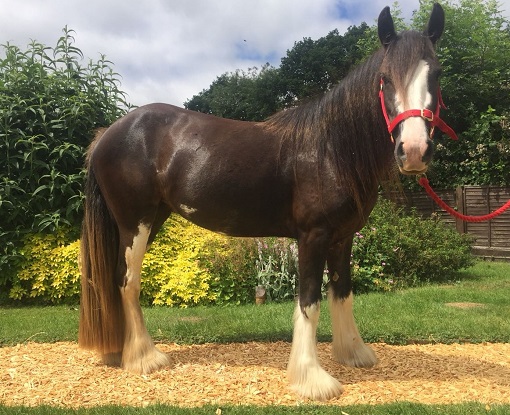 Beautiful Violet here is a stunning example of a Body Score Condition 3. There is a misconception that cob-types are naturally fatter, however, as demonstrated by Violet, a healthy body condition should include good coverage over the hips, flanks and neck of the horse. Her neck doesn’t have a “crest” (fat deposits under her mane), and you can still feel her ribs when giving her a scratch. 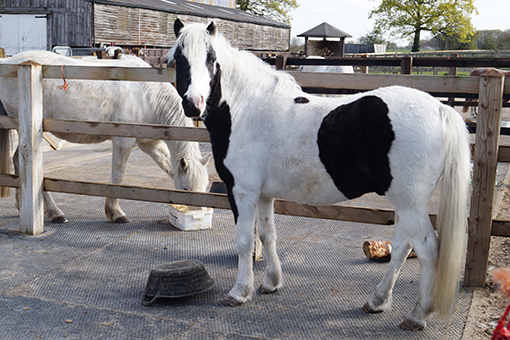 When Bango came to Redwings, he was a 5 out of 5 BCS. This is a picture of him during his weight loss and recovery at Redwings – he’s about a BCS 4 in this picture.

You can see his neck and chest are large, with a crest visible along his mane. There are fatty deposits formed over his shoulders, and along his spine and over his rump there is still a slight ‘gutter along the top’. 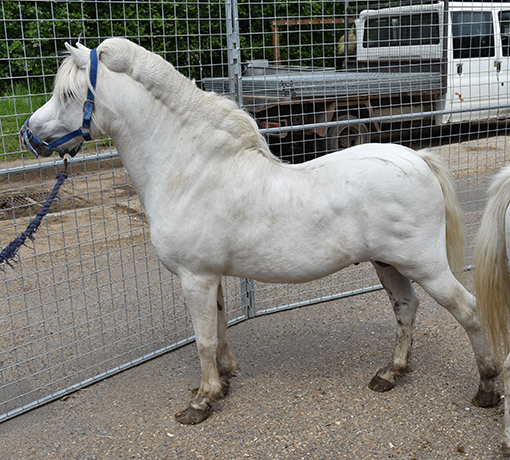 This is Pie, who was signed into Redwings care in 2016. Concerns were raised over Pie’s body condition, and it is clear that he was very overweight.

The neck has a large crest, with clear fat deposits along his mane. He has ridges forming along his flank and over his rump where large amounts of fat are stored, and if you were to touch him, you wouldn’t be able to feel his ribs at all.

If you have concern about a horse or donkey, you can contact our welfare team by calling 01508 481008 or emailing welfare@redwings.co.uk.