This month’s welfare corner by Beth Cooper is focussed on the pregnant mares and mares with foals at foot who come into Redwings, and why they’re so special.

Horse care goes hand in hand with a lot of jargon – language which can either be traditional terms, or more scientific.

Here’s a glossary to break it down:

Colt – a young male horse who hasn’t been castrated, and is usually under the age of four years old

In foal – a pregnant mare

Foal at foot – a mare with a youngster, usually still suckling

Weaning – the process of separating a mare and youngster. This happens naturally in the wild, but is often sped along by humans in domesticated  horses

Gestation – the scientific word for a pregnancy length (for example, a human’s gestation period is around 9 months) 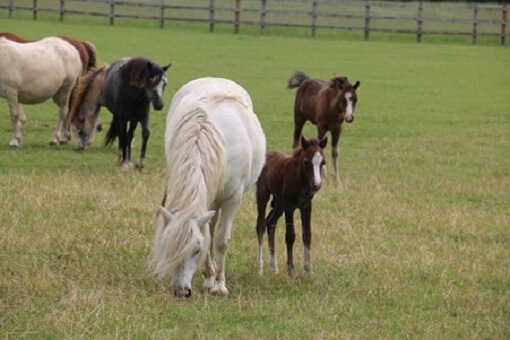 The Birds and the Bees

After a mare becomes pregnant, it’s something of a long wait until a foal is born. The typical gestation period for an equine is 11 months which gives an embryo plenty of time to grow into a foal, able to walk almost as soon as they’re born.  This is vital for horses in the wild; horse herds are extremely mobile, with studies estimating that they can roam an average of 16 kilometres a day, so foals need to be able to keep up in order to survive. It also means that from day one they’re able to stand up to reach their mother’s udders, avoid predators, and begin building the muscles and physical strength needed to help them stay fit and healthy throughout their lives.

Usually, pregnant mares entering the Sanctuary come from welfare case backgrounds, which means they’re often dealing with some severe issues like malnutrition or untreated illness. This can put extra pressure on our veterinary and care teams, to make sure that we’re getting the mare back up to good health whilst trying not to compromise the safety of the foal. Sadly, some pregnant mares have lost their foals whilst they’re settling in, likely as a result of the stress of their previous experience, concurrent diseases or because they’re simply not healthy enough to provide for a growing baby.

We are also home to pregnant mares who are semi-feral, which means it’s very difficult to handle them. This not only makes it challenging to confirm whether or not they are pregnant, but also to provide necessary treatment without causing them more stress.

It's important that pregnant mares are up to date with vaccinations. Diseases like equine influenza and tetanus can cause complications in pregnant mares, and a mare who is vaccinated can pass the antibodies created by the vaccines onto their foal after they’re born (more about that in a moment).

Unless there are complications, or specific medical reasons otherwise, most mares at Redwings are left to foal naturally out in their paddock without too much intervention. Most foals are born very early in the morning, which means it can be rare to see unless you’ve got a camera on them! All of our horses are checked at least three times a day (in the morning, afternoon, and night) so if there are any signs that a mare is struggling then veterinary help is given immediately. 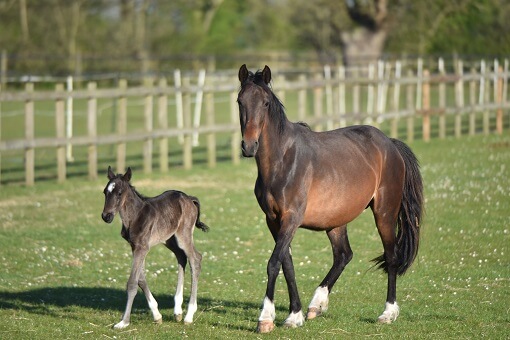 Only Foals and Horses

In most cases, once a foal is born, there are a few preliminary checks to carry out. Redwings staff will look around the paddock for signs that the foal has had their first poo – not a very pleasant subject, but a very important step for a new-born foal!

If possible, a vet will perform an initial examination of the foal. Sometimes for feral horses and ponies this isn’t possible, but the care teams keep a very close eye for any signs of concern. Kahlo and Warhol (pictured above), for example, who are the focus of our Summer Appeal, were a special case due to Kahlo’s handling needs. You can read more about their story and how to support Redwings and the work we do with all kinds of horses, ponies, and donkeys in need here.

Our staff also keep an eye out to make sure that mum and foal are both healthy and getting to know each other happily. We try to avoid interfering unless absolutely necessary, because even friendly horses can become stressed and protective over their youngster. Very occasionally we need to help a foal work out where to go for milk; mares generally have a strong maternal instinct, but there are extremely rare cases where a mother will reject her foal, meaning we need to step in quickly.

One of the most important parts of a foal’s first few hours is getting a drink from mum. This is called ‘colostrum’. The first milk is full of important nutrients and, amazingly, the antibodies for disease discussed earlier, like influenza and tetanus. Ensuring a foal receives the colostrum is vital to help build their immune system, as without it they can be very susceptible to infections and infectious diseases. 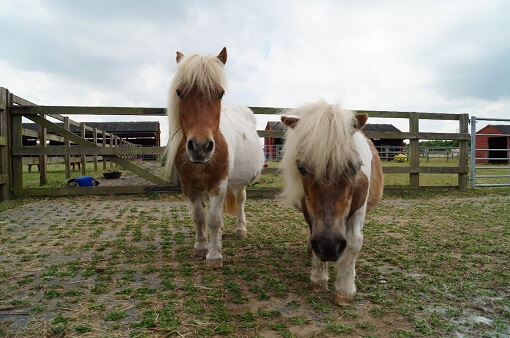 Some mums and foals, like Binky (23 at the time of the photo above) and Betty (30 at the time), stay close even after the youngster grows up. This isn’t a bad thing; in the wild, some offspring will stay with their parents and form part of a herd for their entire lives. This is especially common with young females, whilst colts tend to move off and form bachelor herds while they look for mares to start their own herds.

We try to pair up mares and foals of similar ages and needs; this means not only that mums can have the support of other mums, who can ‘babysit’ for a little while if needed, but it also means that if the youngsters need to be separated for any reason (such as medical reasons, or to begin the rehoming process once they’re old enough), they’re already with a group of friends they know and are happy with, making the whole process much kinder and easier for all involved. There is a lot of evidence that foals who are weaned too early or abruptly can be at higher risk of developing physical or behavioural issues as they grow up, so it’s something we put a lot of thought into for all our new arrivals.

Redwings has had lots of mum-and-baby pairs who remain companions for most of their lives, and still live happily and healthily. Young horses won’t suckle forever, either the mother will begin to push the youngster off, or the youngster will stop nursing – or a bit of both! Every horse, pony, donkey, mule, and hinny is an individual, and should be treated as such.

Thanks for reading! You can read more and support our Mare and Foal appeal here. View appeal