Tiny foal is a true survivor 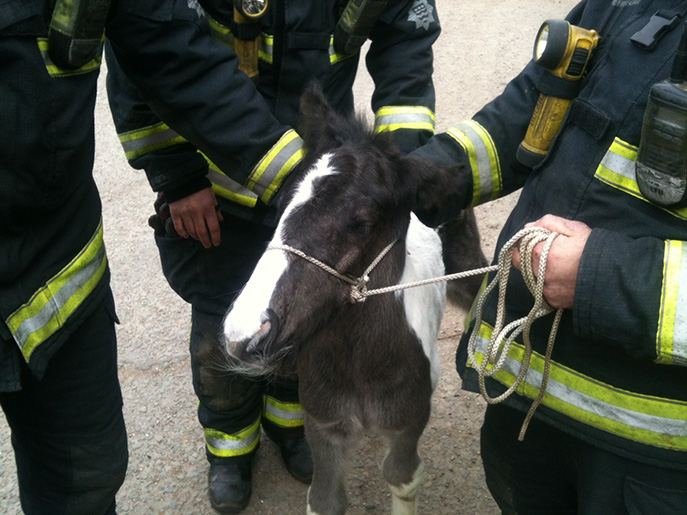 Harrowing start in life a distant memory for brave Stephen.

Stephen was rescued in April 2013 when he was thought to be just two weeks old having being found in the River Lea in Essex. It is believed that he was deliberately dumped in the water as no owner came forward and no mare was in the vicinity, although Stephen was far too young to be without his mother.

Stephen was extremely lucky to have been spotted by a member of the public, especially as the river had steep concrete banks so there was no way for the tiny foal to free himself, and it took a sizeable team of RSPCA officers and the London fire brigade to safely get him onto dry land.

Named ‘Shaking Stephen’ because of his uncontrollable shivering when he was pulled from the river, the foal received emergency treatment for hypothermia at a local veterinary practice who also gave him much needed nutritional support to compensate for the lack of his mother’s milk.

We happily offered Stephen the ongoing specialist care that a young motherless foal requires and when he was well enough to travel he was brought into our equine veterinary hospital in Norfolk. Today Stephen is a healthy young cob, enjoying life with other youngsters in the safety of the Sanctuary.

The time, effort and resources taken to rescue a foal like Stephen is considerable, not to mention his ongoing care. That someone can consider deliberately putting a helpless young animal in a river to drown is inconceivable to most of us, but this is the tragic reality of an era where many young colts have little or no value.

You can make a real difference to the lives of horses in need – just like Stephen. Please donate to help Redwings continue to rescue and care for neglected horses, ponies, donkeys and mules.