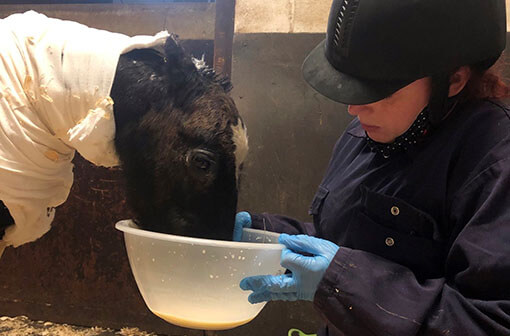 Warning: Some distressing images below.

A rescued foal who suffered horrific burns as the result of an apparent arson attack is continuing to fight for his life at Redwings.

The seven-week-old colt, named Phoenix, arrived at our Horse Hospital in Norfolk this week having spent over a fortnight receiving emergency care at Lingfield Equine Vets, who are nearby to where he was discovered.

Phoenix was found near Sevenoaks in Kent on the evening of 3rd August and taken to the vets for immediate treatment. The whereabouts of his mother is unknown.

Poor Phoenix had burns across one whole side of his body resulting in him losing most of his foal hair and his mane, and leaving him with incredibly painful sores.

Having worked closely with agencies, such as the RSPCA, veterinary practices and other welfare organisations, in the area for many years, Lingfield contacted Redwings soon after his arrival to see if we could offer the little foal a home if he pulled through.

Nic de Brauwere, Head of Welfare & Behaviour, said: “It’s heart-breaking that anyone would target any animal, but particularly such an innocent foal with such a barbaric act of cruelty. Luckily, he ended up at Lingfield who have given him every chance to survive. Phoenix’s condition was very touch and go for a few days, but he started to respond to treatment - his progress no doubt helped by his strong little character and the affection and skill of his carers at Lingfield.

“Even if he pulled through his initial treatment, it was clear he would need to be somewhere that could provide long-term intensive care, as well as a new permanent home, so we were only too happy to help. We decided to fund his treatment at Lingfield, and only once he was strong enough to cope well with the journey, was he carefully transported to the Redwings Horse Hospital by our team.”

Phoenix is currently receiving around-the-clock care in our ICU stables, and a mare named Mildred, who is a permanent resident at the Sanctuary, has been housed in the neighbouring stable to provide him with company and act as his surrogate mother in time. 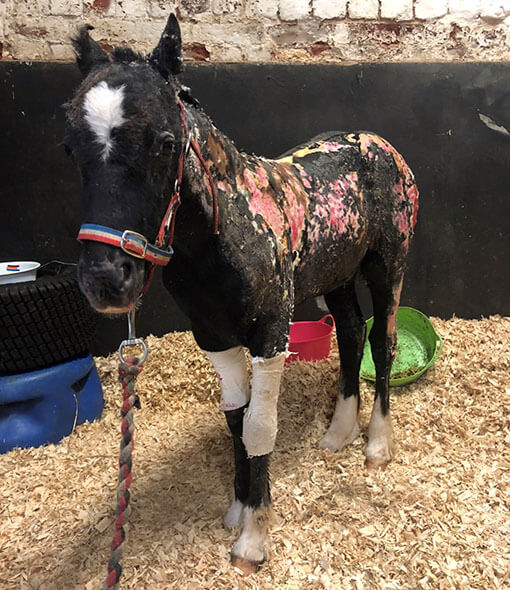 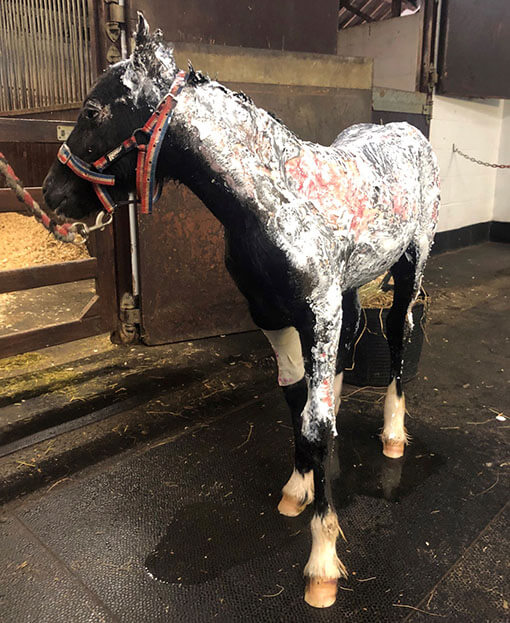 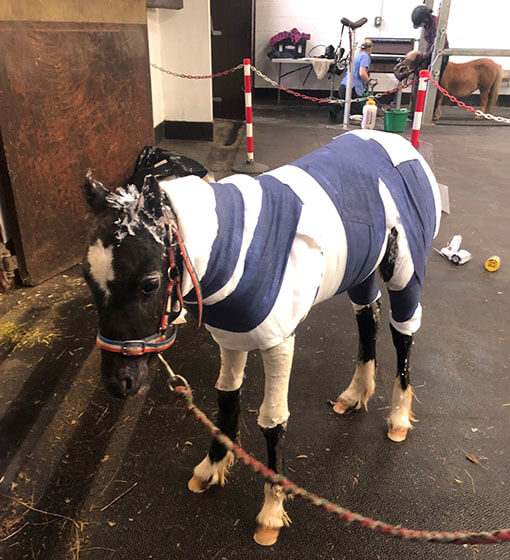 Senior Veterinary Surgeon Nicky Jarvis, Head of Veterinary Services, said: “His skin will take an extensive amount of time to heal and we expect him to be left with a lot of scarring. His burns cover the whole left side of his body, including his legs, and they’re obviously very painful as he struggles to lie down in his stable. Our focus now is making sure his wounds are cleaned and dressed frequently and to help ease his discomfort with pain relief, which is happening around-the-clock thanks to the dedication of our wonderful vets and nurses here at Redwings.

“Phoenix still has a long way to go – while his condition is stable, he is certainly not out of the woods yet – but happily he is eating and drinking well, he appears alert and is super-friendly despite his ordeal. We’re keeping all our fingers crossed for him.”

Our Horse Hospital and skilled vet team are funded entirely by donations from the public.

Your donation will be used where it is needed most to support the care of Phoenix and other Redwings’ residents.