New powers in the fight to tackle fly-grazing 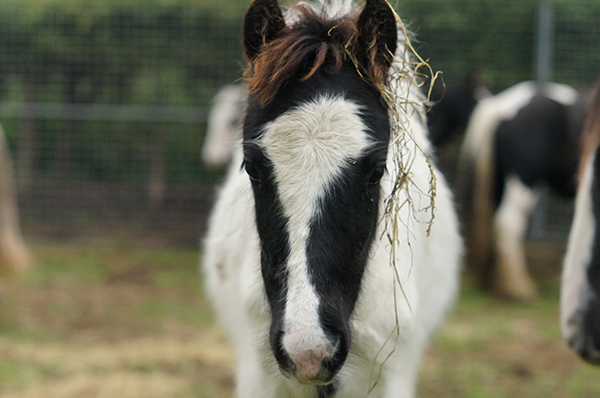 On Tuesday 26th May, the Control of Horses Act 2015 came into force in England, giving local authorities more powers to bring owners who graze their horses on land without permission to account.

Similarly to the Control of Horses Act (Wales), which came into effect in January 2014, this new legislation gives greater powers to English authorities to seize illegally grazed horses. The Bill also provides greater reassurance for landowners who find themselves victim to fly-grazing in significantly reducing the lengthy and expensive process of removing the horses from their land; under the new legislation, the authorities will be able to take action after four days rather than a minimum of two weeks as it was previously.

“The passing of the Control of Horses Bill is a great reason for all parties involved to celebrate,” commented Redwings Chief Executive Lynn Cutress. “I am incredibly proud of the Redwings team who have seen first-hand the impact of fly-grazing on horses and landowners alike. The issue has brought together welfare charities and rural organisations to campaign for a mutually beneficial cause and I would like to extend my heartfelt thanks to Julian Sturdy MP who has championed this important legislative change.”

Redwings first flagged a rise in abandoned horses in our 2010 year-end report where the number of welfare calls had risen by over 50 per cent; an increase for which fly-grazing and equine abandonments were recognised as a significant contributing factor. We subsequently brought the problem to wider public and rural community consciousness in 2012 having assisted Welsh local authorities in the round-up of 220 horses and ponies found illegally grazed on Cardiff airport – 23 of which were rehomed to Redwings and known as the ’80s group. Reports of abandoned horses to our welfare line continued to rise year-on-year, peaking at 806 calls in 2013.

Fly-grazing poses a real risk to both horse welfare and the public. More often than not, horses are left to fend for themselves on private or public land without sufficient shelter, water or food, and subsequently fall victim to serious (and preventable) illnesses. Furthermore, the horses are often grazed on land without a suitably fenced perimeter leading to tragic incidents of animals escaping onto busy roads and motorways. The passing of the Control of Horses Bill for England is therefore a significant move in improving horse welfare, protecting landowners, reducing risk to public health and deterring irresponsible owners.

“Nonetheless, the fight against fly-grazing has yet to be won,” concluded Lynn Cutress. “Although required by law, the enforcement of compulsory passporting and microchipping of horses is lacking, as is a centralised database for storing and retrieving horse and owner information in order to bring fly-grazing perpetrators to account.

“Our work as the UK’s largest horse sanctuary in improving welfare is ongoing, but the Control of Horses Bill marks a significant and positive move towards helping the estimated 3,000 fly-grazed horses currently estimated to be at risk across England.”