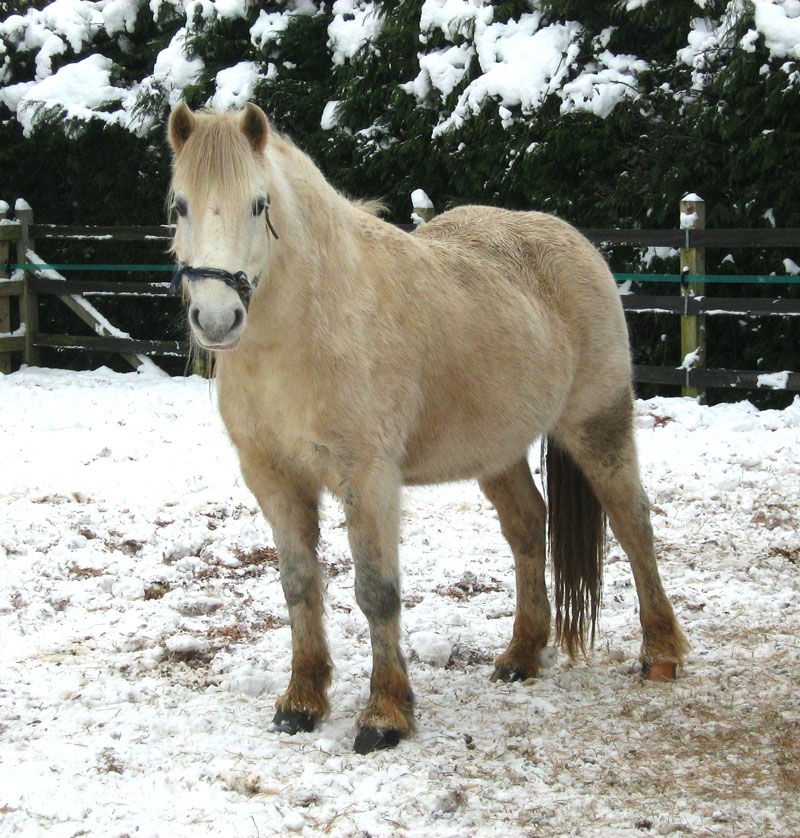 Seatbelt was originally rescued by the Irish Horse Welfare Trust (IHWT) in 2011 from Dunsink in Ireland – an area that was a former rubbish tip and known for ongoing issues with the care of the horses living there.

It was believed she had been living in Dunsink for 12 years and was so named as she was found with a seatbelt around her neck, which had presumably been used as a form of restraint or control. It was evident that Seatbelt had had some bad experiences around people and subsequently displayed some serious handling and behavioural problems so we were asked by the IHWT for help in securing her future at the sanctuary.

Once at Redwings, the extent of Seatbelt’s fear of human contact soon became apparent; she was near impossible to catch and would demonstrate aggressive behaviours such as biting and kicking as anticipation that something bad was about to happen to her. Her training therefore started at a very basic level of approaching and moving away; moving away, having done nothing to her, was the biggest reward that we could have given Seatbelt and eventually she began to show signs of relaxation in the company of people.

The next stage was to build up to catching her. This process began simply by looping a rope around her neck, but fitting a headcollar proved a great challenge as Seatbelt was very nervous about anything or anyone touching her head.

Today, following great patience and skill from our team, and courage from Seatbelt, she can now be caught “normally”, albeit in a small controlled area. She has also had several farrier visits, which is a huge achievement as not only did it mean overcoming her fear of people.

Seatbelt’s training is ongoing, but we are so proud of how far she has come already.