Love at last for the Alton seven 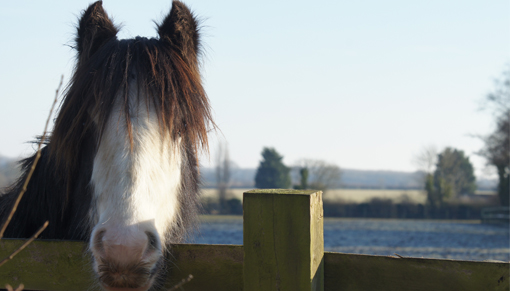 Seven of the horses rescued from a field in Hampshire – five of them foals - continue to make a very steady recovery in the care of Redwings Horse Sanctuary.

At the end of September 2013, welfare charities joined forces to remove 46 very hungry and many thin and sickly horses from a bare field in Alton. Eight of the most poorly horses came into the care of Redwings, while the rest found homes at private yards, where the RSPCA is providing for their care.

Here at Redwings, we name large groups of horses after a particular theme. We decided to name these new residents after characters from the Jane Austen novel Pride and Prejudice – including Georgiana, Lydia, Mrs Bennet, Louisa, Jane, our heroine Elizabeth, handsome Mr. Darcy (the only boy in the Redwings group) and Kitty.

We very tragically lost Georgiana, only two weeks after her rescue. Georgiana was suffering with salmonella – a disease which several of these horses have – and also had an horrendous small redworm burden. Thousands of small redworms can hide inside the walls of the digestive system undetected, and can suddenly erupt out all at once, causing terrible diarrhoea and internal damage.

It was all too much for Georgiana, who, despite our best efforts, went into a state of shock as she had lost so many vital nutrients from her body and she sadly passed away. Georgiana had a foal at foot, Elizabeth, who has needed a lot of TLC from her human friends to help her cope. Elizabeth had already been weaned off her mother’s milk though, as Georgiana was too weak to produce any for daughter, and although she was very sad for the first few days, she is now doing well and seems to have recovered from her ordeal.

Elizabeth is sadly not alone. Mr. Darcy is also an orphan foal and must have lost his mother at Alton. He was so hungry that he had actually been chewing the tails of the other horses in the group. He also had ringworm around his eyes – a skin condition caused by a fungus – which was very sore and itchy.

Thankfully Mr. Darcy is making a good recovery in our care and gets brighter by the day. You never know, maybe they will turn out to be the best of friends!

If you would like to donate to help us with the horses' ongoing care, please give what you can. Thank you.