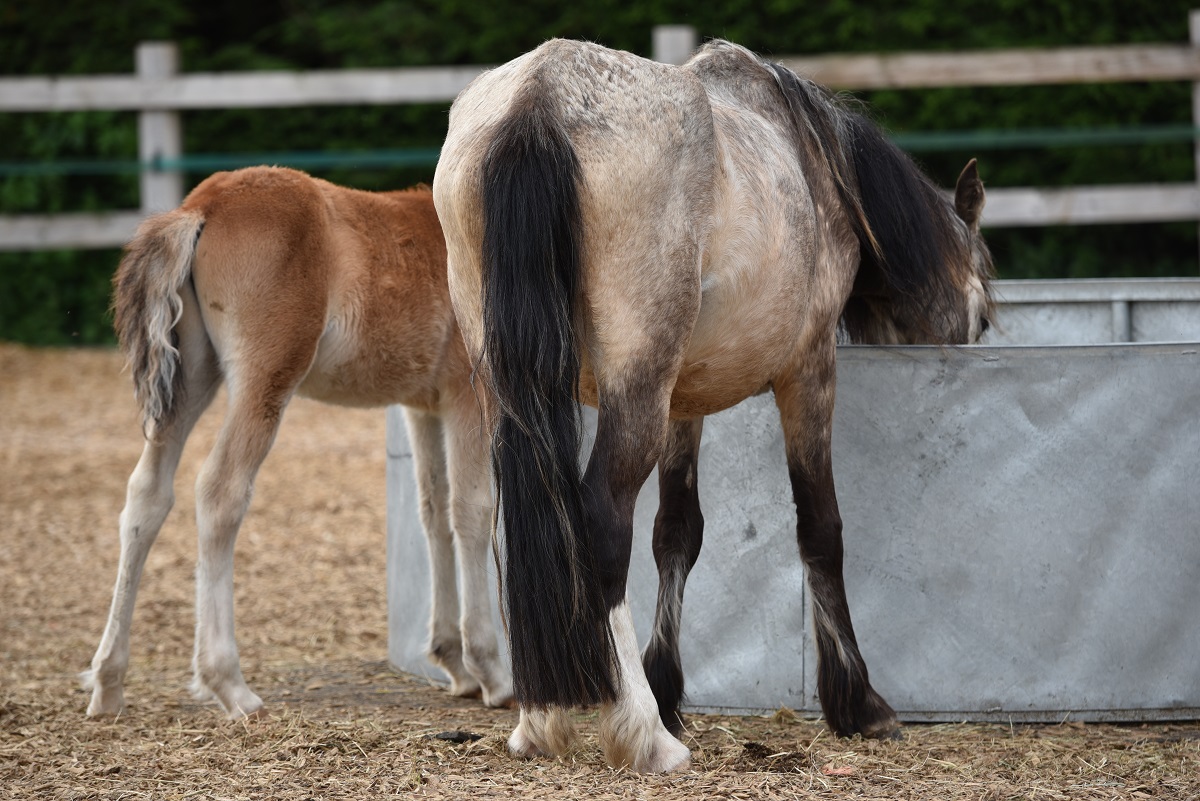 Eight ponies that were rescued in April from Gelligaer in Wales have finally been signed over to the permanent care of Redwings and the RSPCA, six months after their rescue.

On Tuesday 26th April 2016, we assisted RSPCA Cymru with the round up and removal of seven ponies and one foal from a site on Gelligaer Common in South Wales. One further foal was born two weeks later, one older pony sadly passed away shortly after the rescue, and one pony is now with the RSPCA within their rehoming system.

Concerns for the welfare of the group had been raised when our senior veterinary surgeon and Head of Welfare and Behaviour Nic de Brauwere together with RSPCA inspector Christine McNeil visited the site to assess their condition. Although they had been receiving supplementary feeding from local rescue workers, it was clear that the tough winter had taken its toll and it was the vet’s expert opinion that the ponies were suffering or likely to suffer if their circumstances did not change. Consequently, Caerphilly Council used their powers under the Animal Welfare Act 2006 to enable the RSPCA to remove them from the Common. A team from Redwings also attended to offer their expertise in both assessing their condition and rounding up the horses.

Representatives from the Council who authorised the seizure and the RSPCA made appeals to try and find those responsible for their condition. Following a lengthy legal process seven of the ponies have now been signed over into the permanent care of Redwings and will therefore have a home for life at the Sanctuary. While they were all in very poor body condition and some had heavy worm burdens when they were rescued, they have received veterinary care from the Redwings team and are all now making a good recovery. The remaining pony is currently within the rehoming system at the RSPCA.

Commenting on the rescue, Redwings Head of Welfare and Senior Veterinary Surgeon, Nic de Brauwere, said: “There are so many ponies in need of help on the Common. It was a tough winter of course but this sadly combined with the actions of a number of irresponsible owners who are never brought to task for the indiscriminate breeding and poor management of their ponies.

“Redwings is operating at capacity and we do not really have any spare spaces, however these poor mares and foals were in such a bad way we just had to help them. The RSPCA and the Council did an amazing job in taking action so swiftly, which to my mind saved these ponies’ lives. They will be sure of a happy and long life here with us at Redwings, which is the least they deserve after all they have been through.”

Caerphilly CBC Cabinet Member, Cllr Nigel George added, “I’d like to thank all parties involved for their efforts in ensuring a positive outcome to this situation, and we’re so pleased to hear the ponies are making a good recovery at their new homes with Redwings and the RSPCA”.

To support our care for these needy ponies, please follow this link www.redwings.org.uk/donating or text “HORS30 £5” to 70070. In true Redwings' style they have been named along a theme, and this time the theme is apples, so the group includes Gala and Pippin!