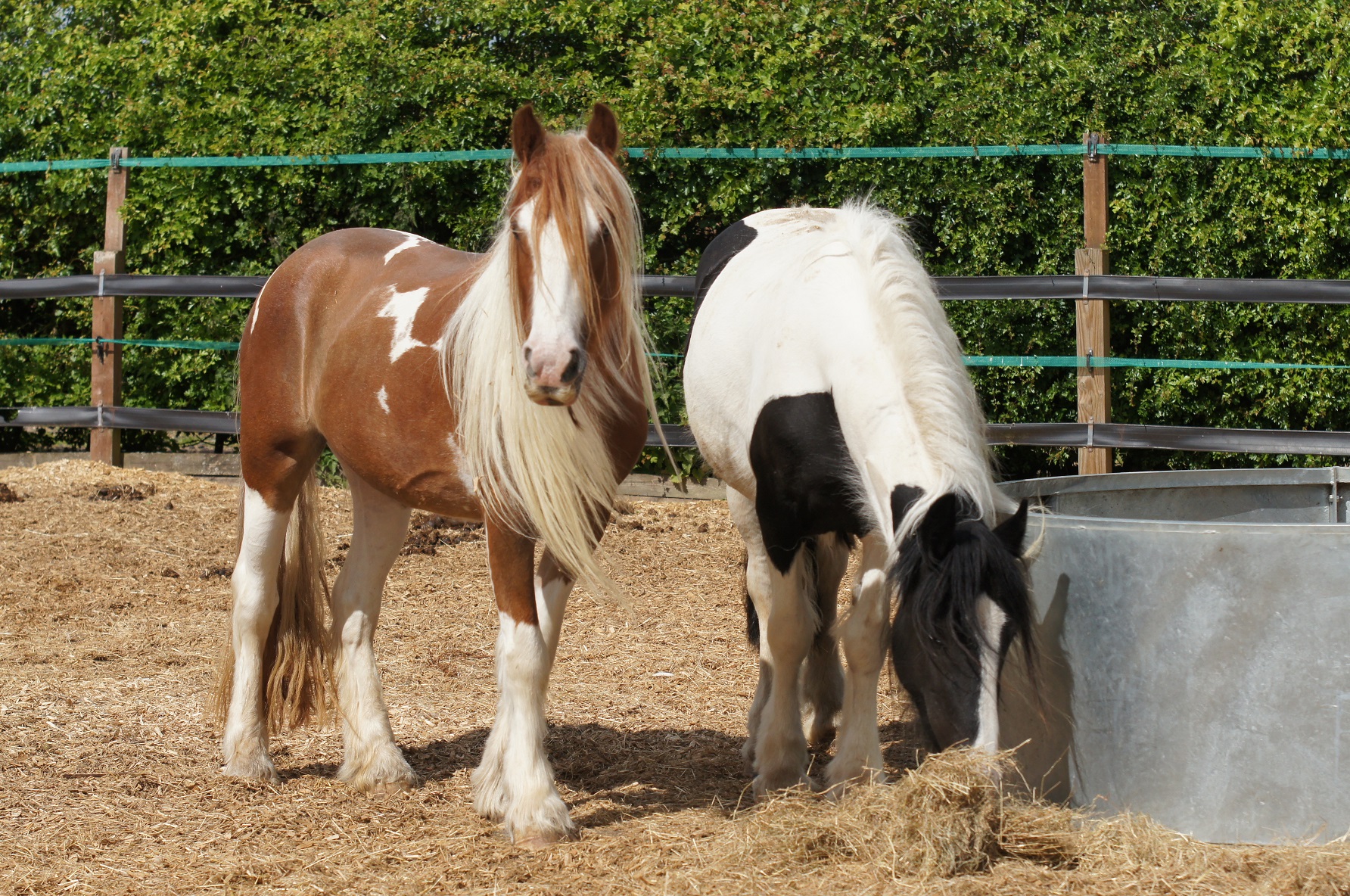 Severely neglected skewbald mare “is unrecognisable” having fought her way back to full strength.

In January 2015, our welfare team received a call from a concerned member of the public about a horse that was very underweight and suffering from diarrhoea. That same day, Senior Field Officer Julie Harding attended the field in Ipswich where she found Whitney (as she is now known) in a very upsetting state, extremely emaciated and in need of immediate veterinary attention.

While with Whitney, Julie also identified another mare of concern – a six-year-old 14hh piebald cob now called Maggie – who too was very underweight and showing signs of diarrhoea. With support from the RSPCA and on veterinary advice, the two horses were seized and brought to the Sanctuary to receive emergency veterinary treatment.

As well as being woefully neglected – resulting in a body condition score of 0.5 out of 5 and untreated worms, lice and the skin condition rainscald – it was soon identified that Whitney was suffering from salmonella.

The three-year-old 13hh mare was so weak as a result of her suffering that for the first month in our care she required the aid of our Anderson Sling to stand; her legs would tremble beneath her own weight, meaning she was at constant risk of collapse.

Six months after her rescue and after an extended period of intensive veterinary care, Whitney has battled against all odds and made a miraculous recovery. “She looks amazing and is unrecognisable from the emaciated mare I found that day, “reflects Julie. “I just can’t believe it’s the same horse!”

On 7th May 2015, Whitney and Maggie’s owner was served a caution for the neglect of the two mares.

By supporting Redwings, you can help us help more horses in need. Every donation you make, no matter how big or small, really does make a difference, whether allowing us to continue to rescue horses – just like Whitney and Maggie – or support the ongoing care of horses at the Sanctuary.