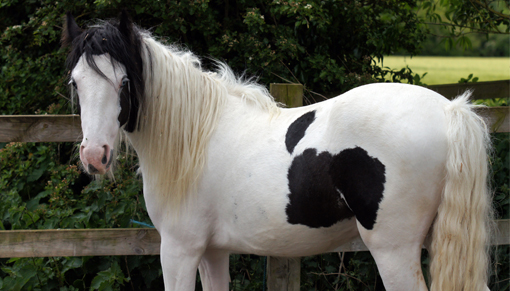 An Essex man and woman have been fined for animal welfare offences relating to a one-year-old piebald cob.

In January 2015, Redwings Senior Field Officer Jo Franklin together with an RSPCA Inspector rescued Rupert (as named by the Sanctuary) from a field in Tilbury after concerns were raised about his condition. Rupert was found in the same area as cob colt Tilbury who we rescued in May this year having been discovered suffering from a severe skin condition (read Tilbury’s story here).

One-year-old 11.1hh Rupert was found in an area strewn with rubbish and with very poor grazing. He was very weak and painfully thin with protruding ribs, spine and backbone and no sign of food or water left for him. He was also covered in lice and suffering from penal prolapse – a condition common in extremely emaciated horses.

Commenting on his treatment at the Sanctuary, Redwings Welfare Veterinary Surgeon Nicola Berryman said: “Despite having received veterinary treatment, when Rupert arrived at Redwings he remained very weak and emaciated, which indicates the extreme state he was in when initially rescued.

“Rupert is now a normal weight and a very bright and happy pony, and required no more than worming, adequate nutrition, love and care to restore him to full health – lending his emaciation to a neglect of basic care.”

On Wednesday 23rd September, an 18-year-old woman was sentenced for having failed to address the pony’s poor physical condition and provide him with suitable food and environment. She was made to pay a £250 fine, £440 costs and £25 victim surcharge.

A man, also aged 18, had previously (26th June 2015) pleaded guilty to the same charges relating to the piebald cob and was sentenced on 7th July 2015 to a four month referral order, and to pay £100 costs and a £15 victim surcharge.

Rupert has been signed over into the permanent care of Redwings and enjoying the life of a happy and healthy young pony at the Sanctuary. “He is a firm favourite among the veterinary and care teams at Redwings and is such a sweetheart,” continued Nicola. “We’re delighted to have recently introduced him to herd where he now lives among ponies of a similar age and has made many new friends.” 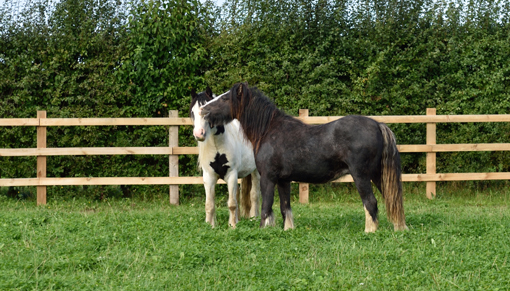