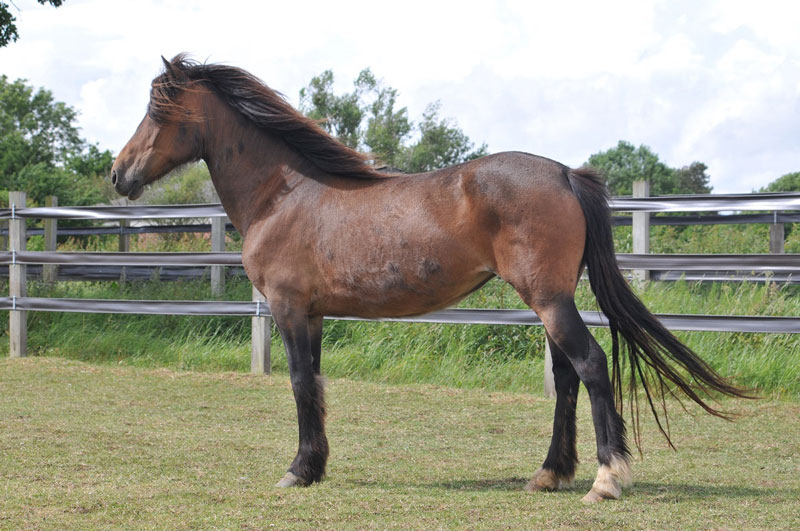 Redwings and a number of other organisations took part in the consultation, which ran in April this year, regarding a Bodmin Moor Commons Council Establishment Order, and on 14th July the Government website Gov.uk was updated to say:

“The Secretary of State is satisfied that substantial support has been shown for the making of the Order; accordingly she will make the Order. The Order must be laid in Parliament for a minimum of 21 days before it can come into force. The coming into force date of the Order is 1 September 2015. The Bodmin Moor Commons Council will come into being on 1 March 2016.”

Our Head of Welfare and Senior Vet Nic de Brauwere said: “We would like to offer huge congratulations to all those involved in this consultation, and in particular to Julie Dowton, who is Secretary to the Bodmin Moor Commoners and the Association of Bodmin Moor Commons Landowners, and Lorna Stevenson, Veterinary Officer for the Animal and Plant Health Agency (APHA) for all their hard work for horse welfare on the Moor.

“Back in 2011 Redwings was involved in the rescue of 19 ponies from Bodmin Moor who had essentially been abandoned and were in a terrible state. One in particular, who we named Roughtor after an area of the Moor, made a wonderful recovery in our care but then tragically passed away from a fatal complication of strangles that she had been carrying and which was lying dormant since her rescue. Roughtor’s sad demise clearly demonstrated the desperate need to have a plan in place to manage the health of the horses across the Moor and to prevent and manage the spread of disease.

“Four years on there is still no way to do this, but we firmly believe the Commons Council will make a huge difference by giving a central point where this can be controlled. Although it is sadly too late for Roughtor, we believe if this Commons Council had been in place then, she wouldn’t have had to suffer and could still be grazing happily as a stunning example of a native pony thriving on Bodmin.

“The various commons making up Bodmin are each a unique environment used by many diverse groups, and the Commons Council can ensure that the needs of this precious environment come first so that everyone can have a fair chance to benefit from and enjoy the Moor. A well-managed Moor will by definition have healthy livestock and horses on it.

“We are so thrilled with this result. We know there are so many responsible farmers on the Moor who want to do the right thing by their animals and the landslide support for the Order is a testament to that. We believe an established Council will make a real and lasting difference to the welfare of the ponies on Bodmin.”

You can read more about the Bodmin Council consultation here: https://www.gov.uk/government/consultations/commons-council-establishment-order-bodmin-moor