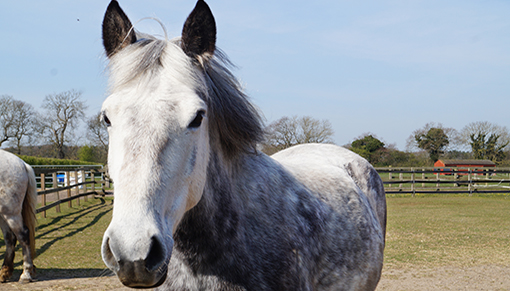 We're delighted to be able to announce our three new Adoption Stars who are already putting big smiles on the faces of our visitors and helping to raise vital funds for horses in need.

Meet young Shire horse Lady, who lives at Redwings Oxhill in Warwickshire, plus adorable dapple grey pony Lily and handsome mule Noah, who both live at Redwings Caldecott in Norfolk, who are our latest Adoption Stars.

Our popular Adoption Scheme, which has been running for over 30 years, allows supporters to sponsor an ‘Adoption Star’ horse or donkey for just £15 per year with every penny going towards their care and that of their fellow rescued residents at the Sanctuary.

Sponsors are kept up-to-date with letters and online blog entries, and they can visit their four-legged friend for free at the Redwings visitor centre where they live. They’re even invited to their Adoption Star’s annual birthday party!

Lady was one of 19 Shire horses rescued in a multi-agency operation in November 2017, having been discovered fly-grazing (grazing without the landowner’s permission) on a site near Kidderminster in Worcestershire. Their previous owner had left little provision for their on-going care and, with winter approaching, their welfare was at dire risk. Six of the group, including Lady, were pledged a safe, forever home at the Sanctuary.

This friendly girl was selected for the Adoption Scheme following the heart-breaking loss of stunning Shire cross Adoption Star Major, who lived at Redwings Oxhill and passed away at the beginning of 2019.

Meanwhile, Noah and his two companions came to Redwings in 2010 after their owner sadly began to struggle with their care. Native cross Lily arrived in 2013 from a fellow animal rehoming organisation that was finding it difficult to secure new homes for her and her two pals, having previously been rescued by the RSPCA as part of a welfare case.

During their time at the Sanctuary, both Noah and Lily’s friendly and outgoing natures have made them firm favourites with their carers – and the ideal candidates for the Adoption Scheme!

Debbie Scott, Head of Fundraising, said: “We’re delighted to introduce Lady, Lily and Noah as our new Adoption Stars and we hope our supporters will love them as much as we do! They are such friendly characters who are always the first to the fence to greet visitors, making them the perfect ambassadors for Redwings and the Adoption Scheme.

“By supporting them, their sponsors will also be helping the hundreds of rescued horses, ponies, donkeys and mules in our care nationwide, so we hope as many people as possible will take the opportunity to meet and adopt them.” 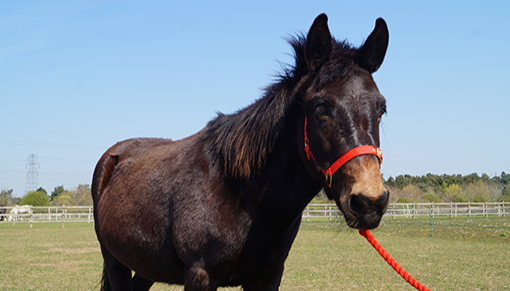 Everyone is invited to visit Lady at Redwings Oxhill, south of Stratford-Upon-Avon, Warwickshire (CV35 0RP), and Lily and Noah at Redwings Caldecott near Great Yarmouth, Norfolk (NR31 9EY), every Friday, Saturday, Sunday and Monday, 10am to 4pm, and entry is free.