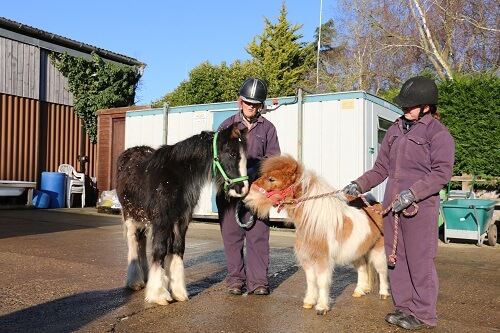 Mariah and Carey, as they’ve been named, came into the charity last Tuesday (11th January).

Very sadly, another pony - thought to be Carey’s mum – was killed after getting onto the road and being hit by a vehicle.

Mariah and Carey were secured in a neighbouring field by police who signed them over to us when their owners could not be identified.

Mariah, a mini-Shetland, is aged around two years old, and Carey, a cob cross filly, is around six months old.

Julie Harding, Redwings Senior Field Officer, said: “These poor ponies were quite distressed, in particular the youngster who lost her mother in the accident.

“Naturally, after such an ordeal, she didn’t want to leave her friend’s side.

“They were both underweight and had lice and quite scabby skin which they’re now being treated for.

“However, they are doing really well and are very sweet.”

As with all equines that come into sanctuary care the pair will be under quarantine for a minimum of three weeks.

“We named them after the lead police officer at the scene, who is called Mariah,” said Julie. “We are very grateful to them for getting them off the road and to safety.”

Mariah and Carey are not available for rehoming at the moment.

As a charity 100% funded by donations, it is thanks to your support that we were able to rescue these ponies, thank you 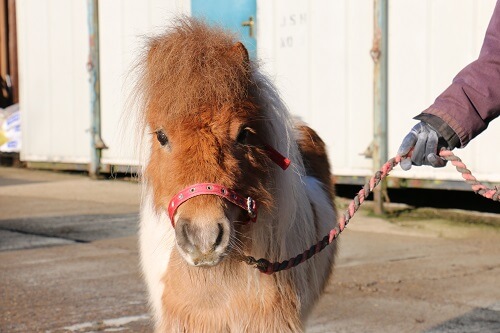