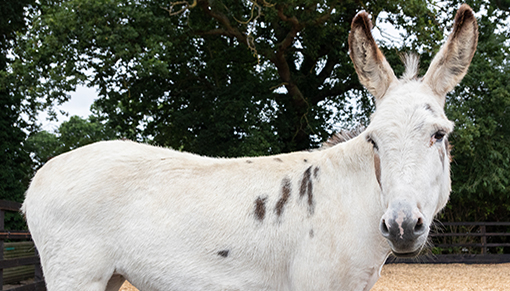 The former owner of a donkey, who is now safely in the care of Redwings, has been disqualified from keeping equines for three years following a prosecution by the RSPCA.

Poor Dotty was rescued by the RSPCA in February 2018 from a site in Essex having been discovered with overgrown hooves which were causing her extreme pain. She was taken to veterinary practice House & Jackson for immediate treatment and then transferred to our nearby Ada Cole Visitor Centre to continue her recovery.

The man pleaded guilty to failing to meet the welfare needs of a donkey by not ensuring the animal was protected from pain, suffering, injury and disease by not providing adequate hoof care. He was sentenced at Chelmsford Magistrates’ Court in September and was fined £307, and ordered to pay £300 court costs and a victim surcharge.

Redwings has now pledged Dotty a safe, forever home at the Sanctuary. 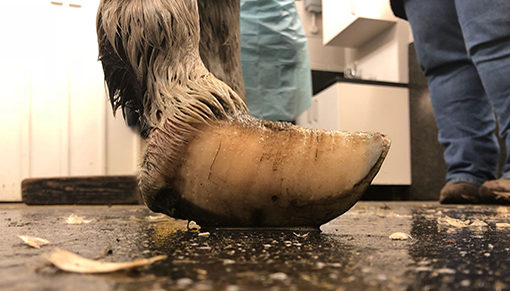 Speaking after the case, Senior Welfare Officer Jo Franklin, said: “It’s so frustrating to see a case like Dotty’s whose suffering could have been easily prevented with some basic care. Thanks to with regular foot trims, Dotty is no longer in pain and can happily run around in her paddock with her new friends at Redwings Ada Cole.

"Now, having been offered a new home at the Sanctuary, she’ll receive all the care she needs for the rest of her life. She is such a friendly donkey and our visitors have already loved getting to know her.”

RSPCA Inspector Lucy Brennan, said: “This poor donkey appeared to be in an extreme amount of pain due to her overgrown hooves which made walking uncomfortable. Her suffering could have been so easily avoided if she had been cared for properly and had seen the farrier regularly.

“Anyone who owns an animal, no matter how many, has a legal responsibility to care for that animal and to ensure that they do not suffer unnecessarily.

“Anyone who keeps a donkey should ensure that they have the knowledge and commitment to care for them properly, and should understand their needs are different to those of horses. We are pleased that Dotty has now been given a loving new home with Redwings.”

You can visit Dotty for free at Redwings Ada Cole, near Harlow, Essex (EN9 2DH) every Friday, Saturday, Sunday and Monday, 10am to 4pm.