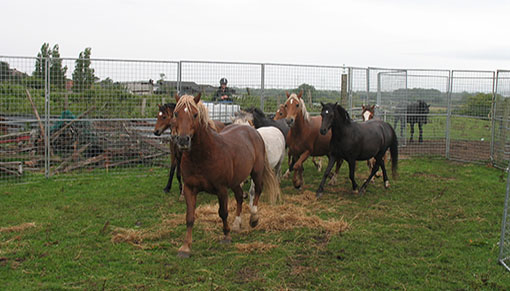 Four years after their rescue, a group of the most fearful ponies Redwings has ever cared for are slowly starting to trust humans again thanks to the perseverance of our Behaviour team.

While two of the 13 ponies - who are all named after famous Dickens characters, including Tiny Tim and Marley from A Christmas Carol - have been successfully rehomed, the extremely complex care needs of the remainder mean they continue to live at our specialist Behaviour Centre in Norfolk.

The group were rescued as part of a multi-agency operation in August 2015 which involved more than 60 feral horses and ponies being removed from Ingst Manor Farm near Bristol, having been kept in horrifically squalid and upsetting conditions.

Alongside the unhandled horses, cattle, pigs, sheep and goats were living knee-deep in faeces with no food or water in a yard littered with hazardous old farm machinery and scattered with the rotting carcasses of animals who had sadly perished before help had arrived.

Following a lengthy court case, the owner of the farm was jailed for 18 months in November 2019 for 27 offences relating to the animals’ neglect, meaning we can now reveal the stories of the horses in its care for the first time. 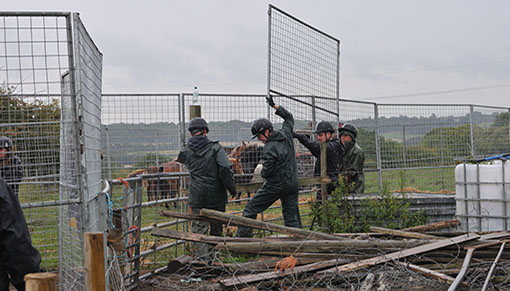 Sarah Hallsworth, Equine Behaviour Manager, said: “They are some of the most fearful ponies we have ever cared for. When they arrived they were absolutely terrified of people – they would turn themselves inside out to get away from you which, considering the terrible life they had led up until that point, is completely understandable.

“It was very important for their wellbeing, and our safety, that they became more comfortable around humans as this meant interventions, such as farriery visits and routine veterinary checks, were not as daunting for them and they could enjoy a relaxed and happy new life at the Sanctuary.”

As part of their handling training, the ponies have slowly been getting used to being approached in their paddock, wearing headcollars and being led, having their hooves picked out and standing calmly for vaccinations.

Sarah added: “In a calm, predictable environment, with consistent training and a lot of patience, some of the ponies have progressed well with their handling training - and two have even been rehomed - which makes us incredibly proud. However, for some their traumatising past ordeal means that small steps, such as simply allowing us to approach them in their field or just introducing them to a headcollar, are real achievements.”

Unfortunately, it’s unlikely that any more of the group will be suitable for rehoming in the future, but they have all been pledged a forever home at the Sanctuary. In particular, those who will require specialist handling for the rest of their lives, will enjoy a loving, permanent home at the Behaviour Centre.

Lynn Cutress, Chief Executive, said: “Now the court case has concluded, we can finally share with everyone the incredible hard work our Behaviour team has been doing behind the scenes to give these extremely fearful ponies the chance they so desperately deserved of leading new happy and healthy lives.

“Without our dedicated Behaviour Centre, many horses and donkeys in desperate need with complex behavioural issues would have nowhere else to go. We’re very lucky that thanks to our supporters we can fund this amazing facility and turn around the lives of so many feral and traumatised horses.”

If you’d like to support the continuing care of the horses at our Behaviour Centre, please call 01508 481000 or click here. 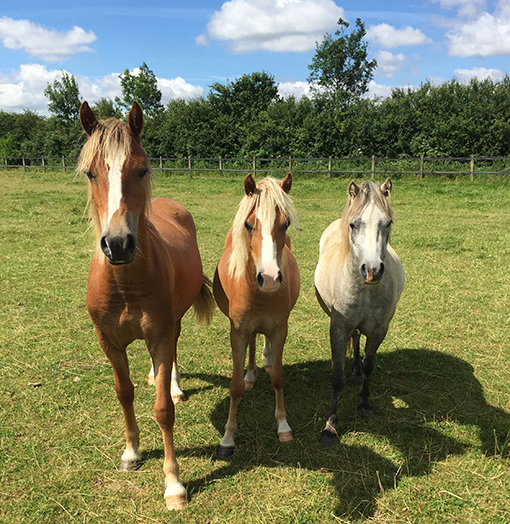