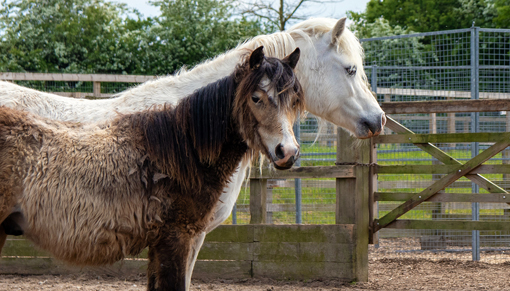 A young pony who was orphaned after his emaciated mother was discovered trapped in barbed wire has been given a second chance at life.

Now one year since his rescue, Charlie has flourished into a friendly and handsome pony thanks to the loving care provided at the centre where he has been pledged a safe home for life.

Charlie before and Charlie now

In August 2017, our Senior Field Officer Jo Franklin assisted the RSPCA following reports of a horse stuck in a barbed wire fence with a foal at foot at a site near Basildon, Essex.

Sadly, the mare was discovered severely underweight and, after freeing her, she was rushed to the nearby House and Jackson equine hospital for emergency treatment.

Despite the best efforts of the vets, she could not be saved and the difficult decision was made to put her to sleep to prevent her from suffering further.

Charlie was also taken to the equine hospital where he received immediate treatment for a large worm burden. We offered the youngster a new, safe home at the Sanctuary, and the following week he was transported to Redwings Ada Cole to complete his recovery.

Despite the sad loss of his mother and his tragic start in life, Charlie is now a happy and healthy one-year-old, and has made plenty of new pony pals, including 14-year-old Dartmoor pony Clive who has taken the youngster under his caring hoof. 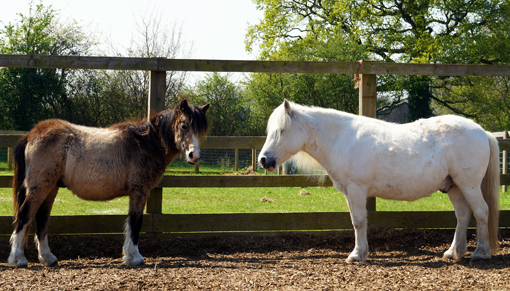 Jo said: “We’re really proud of how far Charlie has come since his rescue.

“To have lost his mum at such a young age must have been very traumatic for him, but he is growing up to be a loving and adorable young chap who everyone – two and four-legged – can’t help but fall in love with!

“Charlie now has a forever home at Redwings, safe from ever having to face the kind of terrifying ordeal his poor mum went through.”

Everyone is welcome to meet Charlie and his friends at Redwings Ada Cole, in Epping Road, Roydon (EN9 2DH), open every Friday, Saturday, Sunday and Monday, 10am to 4pm – and entry is free.

Help Redwings give more ponies like Charlie a second chance