“Miracle pony” Arthur is reunited with his friends 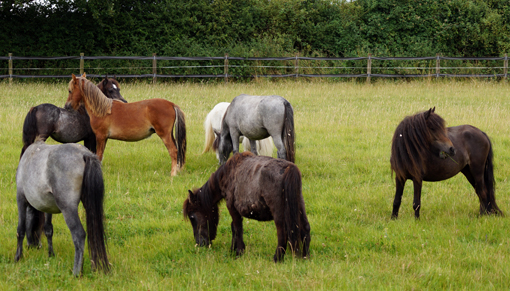 Seeing little Arthur warmly greeted by his pony pals as they tucked into their first delicious meal of summer grass was a sight our vets thought almost impossible a month ago.

Last Wednesday 10th August, our “miracle pony” Arthur was reunited with his six friends who were rescued from Bodmin Moor in June. It was the first time the group had been turned out onto a field together since their rescue, which they celebrated with a trot around their new digs before enjoying an afternoon of well-earned grazing. Watch the gang in action below!

While the rest of the ponies were successfully recuperating following their rescue, poor Arthur – who is just six to eight months old – took a sudden downturn at the end of June and was rushed to the Redwings Horse Hospital where he was given just a 10% chance of survival.

As well as antibiotics, he received blood and plasma transfusions to boost his immune system but he was so weak he had to be manually lifted day and night by members of our vet team who also stayed by his side 24/7 to ensure there were no adverse effects from his treatment.

Despite the odds stacked against him, little battler Arthur has fought back to health and was strong enough to rejoin his friends for their special moment last week. 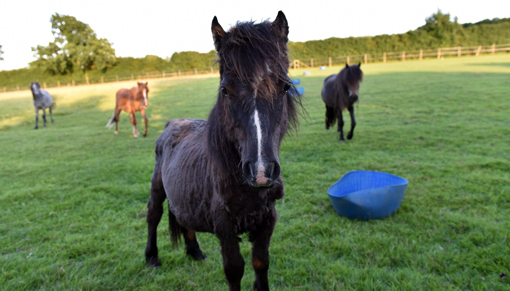 Our welfare vet Nicola Berryman, who has always refused to give up on Arthur, said: “I call him my little miracle pony. There were a couple of times when I thought he wasn’t going to pull through, but he has this feisty, fighting spirit that failed to falter and made me think he had a chance at survival.

“His recovery continues, but he is now off all medication, which is unbelievable considering his condition even just a couple of weeks ago. It’s great to see him enjoying life with his friends and in a field with lots of lovely grass, which will help boost his recovery even further.”

You can help us continue to care for Arthur and his friends, and also enable us to be there to help more horses in need across the UK by donating to our "Moor for Horses" campaign. Find out how here.

Read more about Arthur and his friends' rescue here.