Bella and Charlie: Three years on 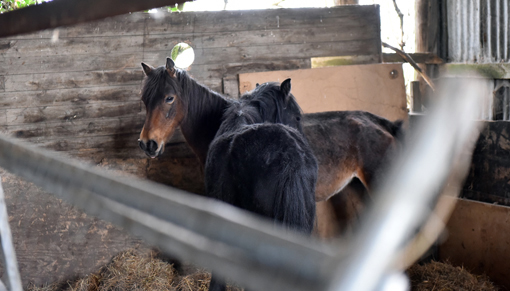 You might remember the story of Bella and Charlie, who arrived at Redwings in 2016, having been discovered in a barn where they had been locked for 18 months.

Charlie had been born in the barn just a month after his mum was first locked away, meaning for the first 17 months of his life, he never felt the sun on his back and sadly had never had any friends to play with.

It soon became apparent that the pair were terrified of humans due to their ordeal, and so were integrated with a herd at our specialist behaviour centre where, for the first time in his short life, Charlie was able to make friends.

Last year we wrote about Charlie letting his trainer touch him for the first time, a magical moment for his care team. Since then, Charlie’s training has continued to progress and is he now learning to have his head collar fitted (video above), to stand still or ‘park’, and learn to be calm and relaxed around humans. The next stages of his training will include leg handling and receiving his wormer.

Three years on from her rescue and Bella has only just started her training, beginning with the very basics. Her carers place feed in a bucket and edge it towards her. Then, when she goes to eat, she is rewarded with a click to reinforce the positive behaviour and associate the click with food being delivered (video above). Until recently Bella was still so nervous that she would not come off her field, until one day she followed her field friends who were coming in to complete their training.

Due to their neglect, it is likely that Bella and Charlie will require sanctuary care for the rest of their lives and ongoing rehabilitation from Redwings behaviour team. 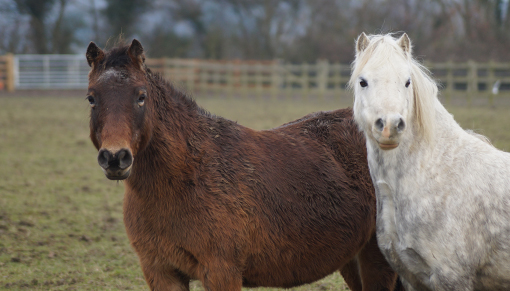 Bella and her friend Peggoty at Redwings