Striding out with Bango 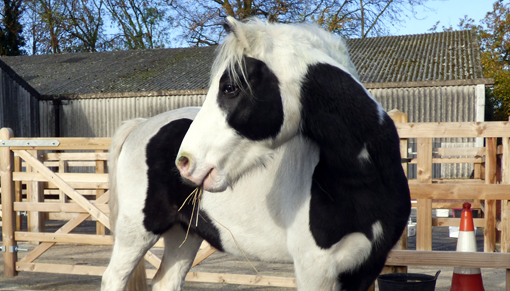 On Friday 19th June 2015, we received a call to our welfare line from a member of the public concerned about a piebald gelding suffering severely from laminitis in Hoddesdon, Essex.

Laminitis is a painful and crippling condition affecting the complex structure of a horse’s hoof. It was evident poor Bango was in a great deal of pain from the condition, having been stood in the same position for days and unable to move.

Indeed, when attended that day by our Senior Field Officer Jo Franklin, he could barely move to drink the water offered to him, increasing our concerns for his wellbeing. “This poor pony must have been in such pain and was literally leg-locked to the spot,” commented Jo.

With the help of the RSPCA and with no owner coming forward to claim responsibility for poor Bango, we removed him from the site and took him to nearby House and Jackson Equine Clinic for emergency veterinary treatment.

As well as severely laminitic, Bango was very overweight with a body condition score of 5 (out of 5) and had overgrown feet. Blood tests also revealed slight liver problems and a large worm burden present – all of which indicated a lack of basic care provided for the 11.2hh cob cross.

Since his rescue, no owner could be identified for Bango and he has subsequently been signed over into our permanent care where he has received extensive farriery treatment and veterinary care. Our vets and farriers are very pleased with his progress, so much so he can now be turned out for short periods and spend some time in the school at Redwings Ada Cole for exercise and play with his new friend Khan, following an extended period of box rest.

Bango has taken up permanent residence at our Ada Cole Visitor Centre in Essex so he remains close to a very special boy. Jo explains:

“Although Bango’s care had been neglected, he had made a friend in a little boy from the area –who had given Bango his name! The boy, who has autism, would visit him every day and find comfort in Bango’s company, and so we have welcomed to family to continue to have a relationship with this special chap while in our care.”

If you want to know more about laminitis and ways in which to prevent the condition, contact our education officer for a laminitis pack. 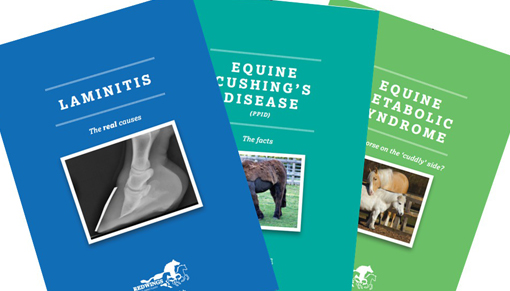