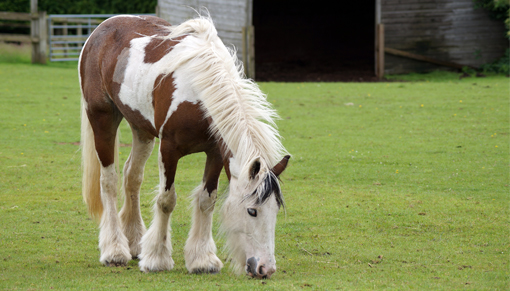 Yesterday (Monday 27th June 2016) Gordon Perkis from Norwich was given a 10-year ban from keeping equines, sentenced to 12 weeks’ custodial sentence, suspended for 12 months, and made to pay £2,080 in costs at Ipswich Magistrates Court, having previously pleaded guilty to charges under the Animal Welfare Act (31st May 2016); a prosecution brought by the RSPCA. 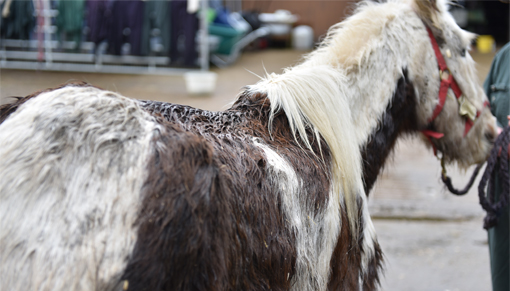 The mares were seized on welfare grounds and taken to a Redwings centre nearby for immediate veterinary treatment.

Despite intensive treatment, less than a week after her rescue piebald cob Fanny’s condition deteriorated rapidly as a result of a severe worm damage to her digestive system and she was in such a state of neglect that we had no choice but to put her to sleep. 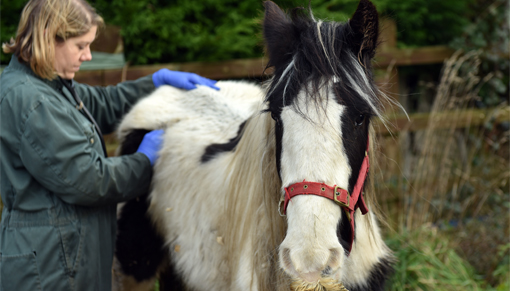 “Although she had received some treatment for worms it was not appropriately prescribed or administered. A lack of pasture rotation also contributed to the problem,” said Nicola.

“Sadly we have seen several cases recently of young horses succumbing to redworm infestation due to inadequate parasite control and we’d always recommend getting a vet’s advice on your horse’s worm prevention regime.”

Fanny left behind two companions, 20-year-old black cob Baby and four-year-old skewbald cob Cookie. After six months in our care Baby and Cookie are visibly improved and but their road to recovery is rocky as the damage caused by their neglect has already taken hold. 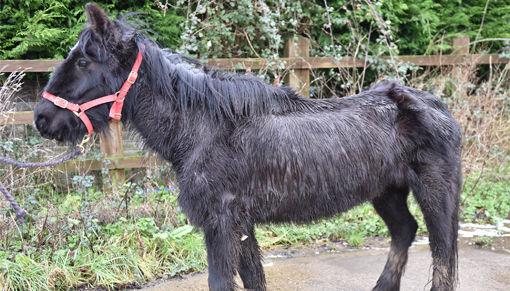 Nicola explains: “Both are displaying signs of liver damage as a result of ragwort poisoning, but our team are doing all they can to keep them happy and healthy for as long as we can. We want all horse owners to be aware of the severe and lasting damage that ragwort toxicity can cause.”

Reflecting on the rescue and the case RSPCA inspector Nicola Thorne said: "This was a very frustrating case – to see these horses given basic care but their obvious health conditions ignored was very distressing. Our advice to call a vet was constantly ignored, so we had no choice but to intervene.

“As soon as Redwings' vet Nicola Berryman saw the condition of Baby, Cookie and Fanny, she confirmed that all three were suffering, and police were able to remove them. I'm so relieved they have now received the care and treatment they so desperately needed. It is very sad that Fanny passed away but we are very hopeful that Baby and Cookie will continue to improve.” 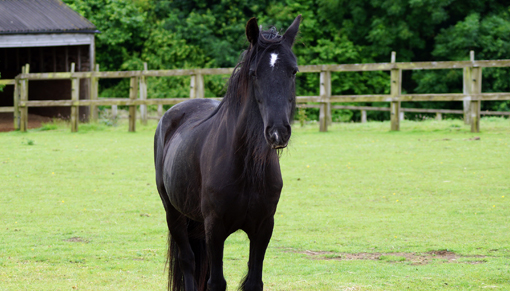 Following sentencing, Julie commented: “I am pleased justice for these three poor mares has been served. Their owner’s punishment does not bring Fanny back, but she did not die in vain and I hope other owners take note of the severity of this situation and the importance of their responsibility to their horses”.

Update: Very sadly, although she recovered her body condition very well following her ordeal, Baby’s liver had been severely damaged as a result of ragwort poisoning and at the beginning of July she went in to liver failure and had to be put to sleep to ensure she did not suffer. She will be very much missed.