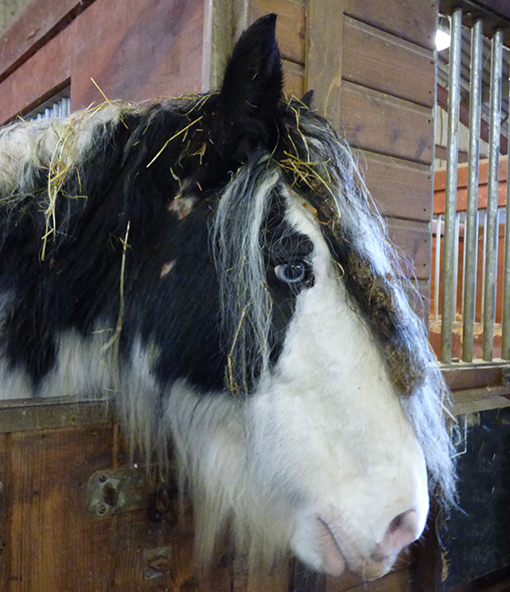 In this month's Welfare Corner, Beth explains when to worry about pesky burrs!

As summer begins to fade into autumn, and the leaves on trees turn from green to amber before making their way to the ground, a new season brings new problems for animal welfare: burrs.

Anyone who’s taken a walk through the woods in the later months of the year, or who cares for animals that like to run through fields and forests, knows about burrs – the spikey seeds of certain plants that get caught up in fur and fabric, tangling themselves up so they can be spread to new areas and grow again in the spring. While this is an innovative way of ensuring this plant species survives, it’s also an incredibly annoying burden for animal owners everywhere.

In the autumn months, Redwings receives a large number of reports about horses with burrs in their manes and tails. It can be distressing to see, especially when there are lots of them. However, they don’t necessarily require a welfare visit, and not every owner likes to pull them out.

It is not recommended to detangle horses’ manes and tails without permission from the owner, or an awareness of the horse. Horses can be unpredictable, and might lash out if they’re not happy with what you might be doing – this might cause injury to yourself or the horse, or make it more difficult for the horse to be handled in future.

Some owners prefer to let the burrs fall out on their own after a few days or weeks – that’s what they’re designed to do, after all. Brushing out the burrs or even cutting them out can damage the hair in the mane, and their owners might not thank you for that!

If you see signs that burrs might be causing an injury – for example, sore patches of skin around where a burr has been tangled – then it’s a good idea to call a welfare organisation like Redwings, especially if the burrs are irritating the eyes (red, puffy or weeping eyes are worth investigating).