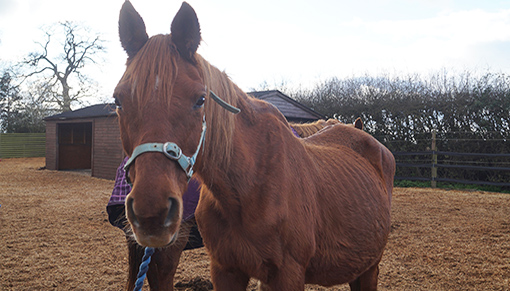 A man from Buckinghamshire has been disqualified from keeping horses for five years after neglecting three of them.

He was found guilty of two offences under the Animal Welfare Act 2006 relating to the horses following a prosecution by the RSPCA.

Concerns about the horses’ welfare and their access to water and food were raised by members of the public and a vet attended the site on 21st February 2020.

RSPCA officers had visited on several occasions during the two months prior, leaving notices for the horses’ owner to get in contact with them but the notices went unheeded.

In the vet’s opinion, two Trakehner mares, known as Summer and Elsa, were deemed to be in a critical condition, especially as both were extremely underweight and found to be pregnant.

A member of the public said she had been filling the water tubs in their field almost daily otherwise they would be empty, and that feeding by the owner was sporadic.

In mitigation, it was said that the owner was incompetent and had not intended to be cruel.

As well as a ban, the owner was ordered to carry out 150 hours of unpaid work, pay £1,000 costs and a £90 victim surcharge when he was sentenced at High Wycombe Magistrates’ Court on 23rd December 2020. 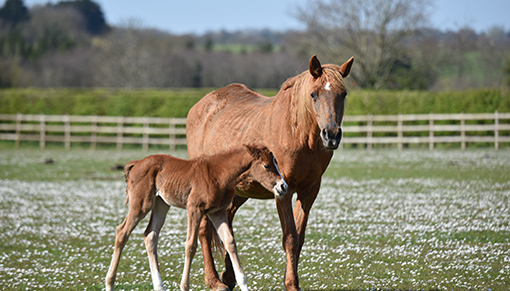 Elsa with her foal Bruni pictured in March 2020 during her recovery.

The horses - Summer, 23, and Elsa, 21 - were also signed over into the ownership of Redwings, where they had been cared for since their rescue in February while the RSPCA built its prosecution case.

Thanks to Elsa’s companionship and lots of care from our vets and equine care teams, Summer recovered from her loss and the three spent the summer enjoying time out in a field together.

Slowly they began to gain weight and we were able to successfully manage stiffness in their legs.

However, in October, Summer was brought into our Horse Hospital with severe lameness caused by a hoof abscess. Upon further inspection, it became clear that she was also suffering from osteomyelitis – an infection of the pedal bone in her foot.

Despite best efforts to keep her comfortable, it was decided in December that the kindest thing to do was to put Summer to sleep. To treat her infection would have required surgery with a potentially long and painful recovery and, coupled with Summer’s existing osteoarthritis in her hind legs, it wasn’t deemed the right thing to do. 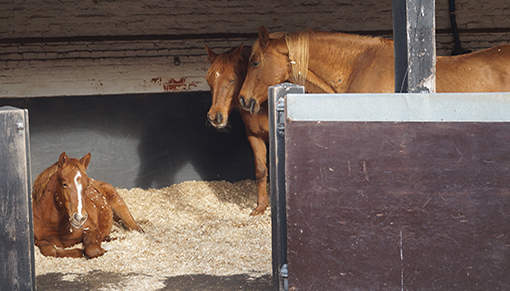 Bruni with Elsa and Summer pictured at our Horse Hospital in November.

Lynn Cutress, Redwings’ chief executive, said: “While we’re incredibly sad to have lost Summer, we take comfort that we were able to give her 10 happy months at Redwings. She and Elsa had many health issues to overcome when they first came to the Sanctuary and it’s thanks to the actions of the RSPCA and the dedication of our vet and care teams that these beautiful best friends were able to come so far together. Their care gave Elsa’s foal Bruni a chance at a healthy and happy life, and we now look forward to being able to give this stunning mother and daughter a loving forever home.”