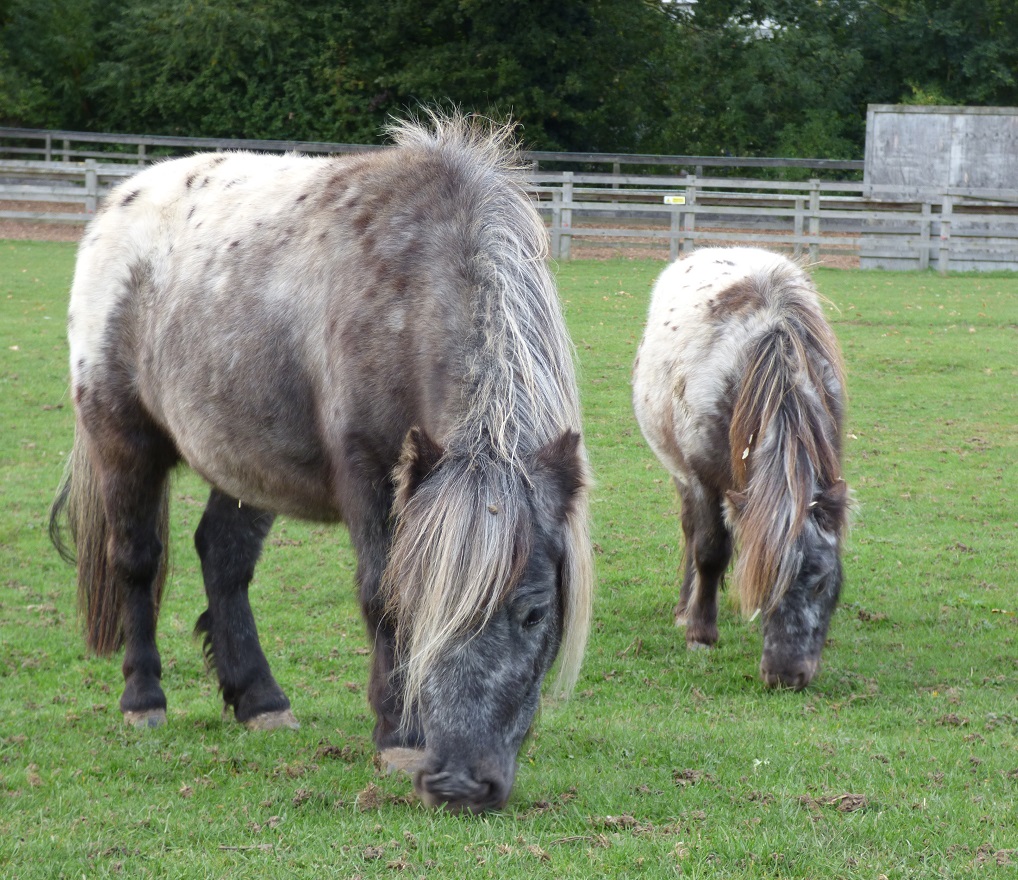 We are still in shock after a Miniature Shetland Pony was stolen from our Ada Cole centre near Harlow in Essex on Thursday night.

Thanks to reports from members of the public, the pony - named Yogi (pictured above left) - has since been located, but the police and Redwings are appealing for anyone with any information to come forwards.

The Redwings’ equine care team raised the alarm on Friday morning (23rd September) when the four-year-old appaloosa Yogi, who is just 6hh, was not in the field where he lives with a large group of miniature Shetlands. Yogi had last been seen on the night of Thursday 22nd September.

The site was extensively searched but to no avail. Mysteriously, there was no sign of damage or tampering to the gates or fences to his field so we suspect the tiny pony had been lifted over the fence line. There was, however, evidence of damage to the site’s exterior perimeter fencing and electric tape and battery packs had been moved.

The suspected theft was immediately reported to the police and following two calls from members of the public on Friday afternoon Yogi was safely located a few miles away. He was found close to a local primary school, wearing a headcollar taken from our site. Yogi will now undergo a period of quarantine before being reunited with his group, but we are delighted to report that he is safe and well and seems to have suffered no ill effects despite his ordeal.

“We were all absolutely devastated and extremely worried for Yogi’s wellbeing,” commented Redwings’ Chief Executive Lynn Cutress. “We think of every resident as if they were our own ponies, so the team and all of us were extremely distressed by Yogi’s disappearance and by the thought that he may have been taken by someone.

“We are so relieved that he has been found safe and sound and so grateful to the members of the public who found him and reported it so promptly. It could have been so much worse and we would implore anyone with any information about this distressing incident to contact us or Essex Police. Yogi is microchipped so we were hopeful that this would aid his return and it is in situations such as these that the importance of microchipping for all animals really does come to the fore.”

Any information about Yogi or details of suspicious activity around Redwings’ Ada Cole centre can be reported to Redwings’ welfare team on 01508 481008 or to Essex Police on 01245 491491 or 101. Find out more about our Essex centre here.