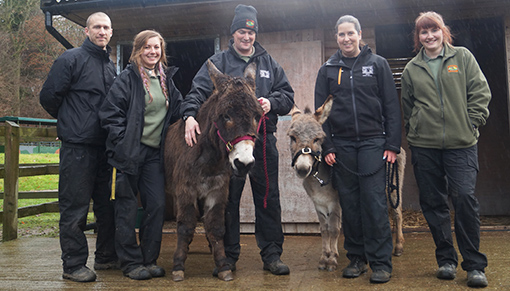 A little donkey in need of companionship has started the New Year with a new friend after we rehomed our first rescued donkey – to a dinosaur park!

Adorable Arnie, a Miniature Mediterranean donkey, had been living alone at the Secret Animal Garden at the Dinosaur Adventure Park, near Norwich, following the passing of his previous companion.

Donkeys are sensitive souls who form strong bonds and Arnie’s animal keepers knew he needed a new friend to prevent him feeling lonely, so they approached us for help.

Due to the availability of suitable rescued donkeys, we hadn’t rehomed one of these lovable long-eared creatures before but – as luck would have it – the perfect candidate had just arrived at the Sanctuary!

Handsome Addison had come to Redwings within a group of six donkeys from a fellow animal sanctuary in August last year but had yet to form any strong attachments within his herd.

So after a thorough medical and behavioural check, Addison was cleared to travel to the Dinosaur Adventure Park where he was happily welcomed by Arnie just before Christmas, and the two have been enjoying each other’s company ever since. 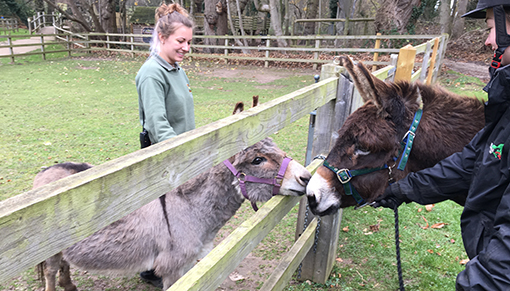 When Arnie met Addison for the first time

Rachel Angell, Operations and Rehoming Manager, said: “Donkeys crave company which is why we were delighted to help find Arnie a new friend and we hope he and Addison will be really happy together.

“Due to their strong bonds, donkeys normally need to be rehomed in pairs or small groups so it was by chance that lovely Addison arrived at the Sanctuary still looking for his own special champion. With its long history of caring for animals, we knew he would be in safe and loving hands at the Secret Animal Garden – although we never expected to rehome a donkey to a dinosaur park!

“We hope this will now pave the way for us to look at rehoming more donkeys in the future.”

Nicole Douglass, Secret Animal Garden Manager, added: “Arnie’s little face lit up when he saw Addison – he was so happy to see another donkey and followed him around all day!

“They’ve settled in well together and share a stable. Addison is even coming over to meet visitors which is lovely and everyone is asking about him. All the team here love him already and we look forward to the boys becoming best buddies!” 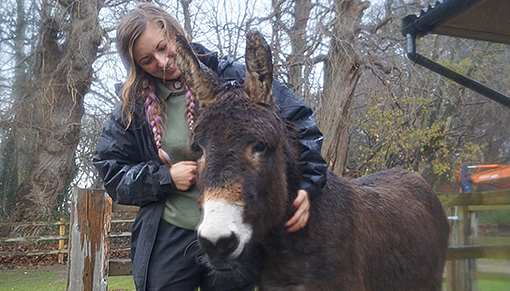 Redwings currently has 500 rescued horses living in Guardian homes across the country with many going to successfully enjoy all kinds of disciplines from cross country to showing, as well as serve as treasured companions to other horses.

For more information about our Guardianship Scheme, how to apply and details on the latest horses looking for new homes, click here.