Sad loss of a “one in a million” Guardian pony 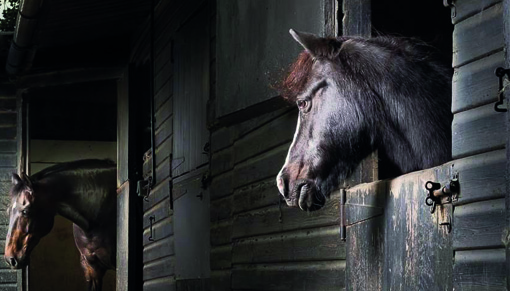 When we rehome our horses and ponies at Redwings it’s with the hope that they will find a loving home for life – and that’s exactly what Tea found with his Guardian Kim.

Kim rehomed Tea a little over eight years ago as a companion for her pony Jack, also a rescue, and the two of them were the best of friends. “They really hated to be apart and made a great team,” described Kim. “Jack always looked out for Tea.

“Tea had the best nature of any horse I’ve ever had and he was always whinnying and chatting away to me – a real character.”

He was very affectionate and loved having a good scratch behind the ears: “At night, after my horses had come in, I would come back out and say goodnight to them all and Tea would always be waiting at his stable door to have a cuddle.”

Sadly, Tea suffered from Cushings disease and developed other health conditions as he got older, which led to the heart-breaking decision to put him to sleep in September.

“Everyone who met Tea loved him,” reflected Kim. “He will be deeply missed not just by us but by all the people that knew him.”

Mark Harvey, an equine photographer, photographed Tea earlier this summer and was also struck by this pony’s wonderful nature. Tea even had a wind machine on his mane and just stood there like a pro, enjoying all the fuss. Kim is going to frame these stunning photos and put them up around her home:

“He was a perfect companion. We will never forget this little pony as he stole all of our hearts. We even made him a special three foot stable door, pride of place in the yard so that he could see everything that was going on. He was so spoilt, but worth it all.”

“Thank you so much to Redwings for allowing us to have him for the time we did, he was my ‘poppet’. I will miss him immensely.”