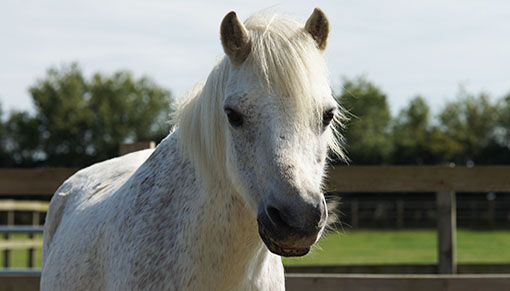 Oliver had lived at our Caldecott Visitor Centre, near Great Yarmouth in Norfolk, since 1999 and was due to celebrate his 27th birthday this summer. He had a condition called a “wry” nose, which meant his face was slightly twisted - hence his name - but this never seemed to bother him and made him a favourite among our supporters.

He came to the Sanctuary in 1997 after he was rescued from a horse sale in Nottingham by a concerned individual who contacted Redwings to see if the charity could offer him a home. His wry nose meant he was unable to wear a bit and bridle so he could not be ridden, which sadly meant he was at a huge risk of being sold for slaughter.

With his future secured at the Sanctuary, Oliver’s lovable and friendly nature soon shone through and he was moved to his new home of Redwings Caldecott shortly after his arrival. It wasn’t long until his popularity with visitors saw him become an official Redwings Adoption Star.

After 13 years of bringing joy to thousands of people, Oliver was retired from the Adoption Scheme in 2014 to enjoy a well-earned break from the spotlight in his older years.

While still in reasonable health for his age, on Wednesday 21st March, Oliver suffered a very sudden and severe seizure, which he failed to recover from and Redwings’ vets had to make the heart-breaking decision to put him to sleep. 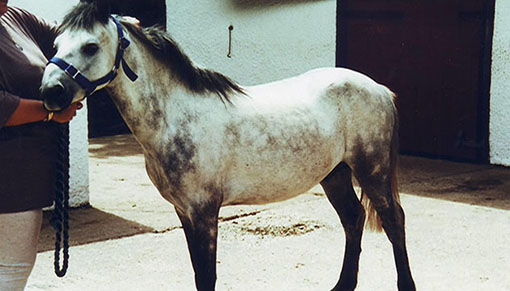 Oliver Twist when he first arrived at Redwings

Lynn Cutress, Chief Executive, said: “We are truly devastated to lose Oliver, who was such a characterful and lovable pony. Over almost 20 years, he won the hearts of thousands of our supporters – some would even travel long distances just to enjoy a cuddle with him at our Caldecott Visitor Centre – and we can’t thank them enough for the love they showed him.

“While we miss him terribly, we take comfort that we were able to give Oliver the safe and happy home he so deserved after narrowly escaping slaughter just because of his minor disability. Thank you to everyone who adopted him over the years as it was your sponsorship that helped make this possible.

“In tribute, we have set up a memorial fund in Oliver’s name to help care for the next generation of horses who need the safety and support of Redwings, just like Oliver himself did once. What a fitting way to celebrate such a charming chap who gave so much pleasure to so many people over so many years!”

If you adopt Oliver, you will receive a letter explaining what happens to your adoption. We will move your adoption over to another Adoption Star automatically, but if you have a preference of another horse or donkey at Redwings that you would like to choose then please let our team know by calling 01508 481000 or emailing info@redwings.co.uk.

RIP Oliver Twist, we will never forget you.