Justice served for the Breakfast Club 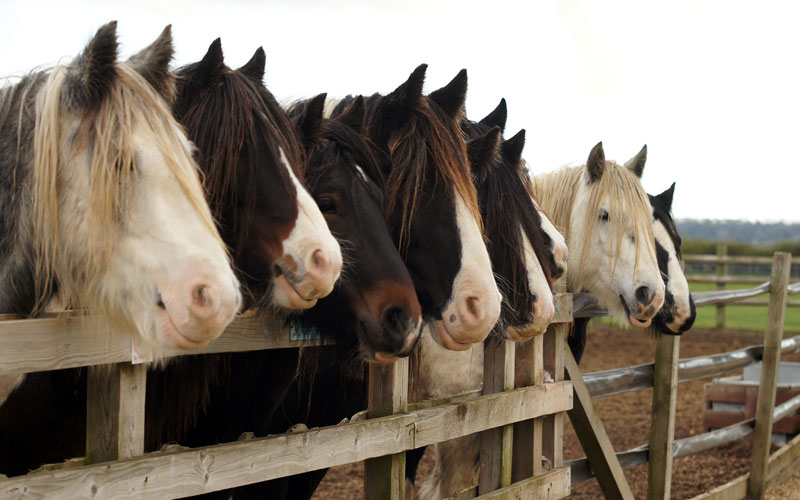 In November 2011, 66 horses, ponies and donkeys were seized from a farm owned by father and son Robert and Conor McAleenan in County Antrim, Northern Ireland. They were found living in appalling conditions and in a terrible state of suffering; most were starving hungry having been left without food or water, many were standing in their own waste with no clean bedding and they were suffering with worm infestations, overgrown hooves and infectious diseases such as strangles.

With help from the police, Redwings, the Donkey Sanctuary and Crosskennan Lane Animal Sanctuary spent several days removing all the horses and donkeys from the site and taking them to places of safety. Twenty-three of the most poorly horses and ponies were offered a home at Redwings, where we named them after Breakfast items including Jam, Muesli, Benedict, Waffle and Crumpet.

Following a lengthy wait, Robert and Conor McAleenan received custodial sentences and were banned from keeping horses for 25 years on 17 animal cruelty offences in December 2014.

Conor was sentenced to 22 months, serving seven months in prison, while his father Robert was given 20 months, serving four-and-a-half in prison. The judge also issued a deprivation order enabling all animals to be signed over into the permanent care of the charities who rescued them.

Head of Welfare and Behaviour Nic de Brauwere, who was the lead witness for the prosecution in the case, said: “The welfare concerns I identified were profound and the suffering inflicted on the equines was as severe as it is possible to encounter. Robert and Conor McAleenan failed to address even basic health and husbandry requirements and allowed several of the animals to suffer profoundly and for an extended amount of time. I am absolutely delighted to see that justice has finally been done.”

Since their rescue, the Breakfast Club have made a full recovery and will be guaranteed a home for life with us, either living at our sanctuary sites or rehomed through our Guardianship Scheme. Indeed, several can be visited at our Oxhill visitor centre in Warwickshire, and we’re delighted that several of the mares have proved very popular on our Guardianship scheme and are in the process of being rehomed.

You can make a real difference to the lives of horses in need – just like the Breakfast Club. Please donate to help Redwings continue to rescue and care for neglected horses, ponies, donkeys and mules.