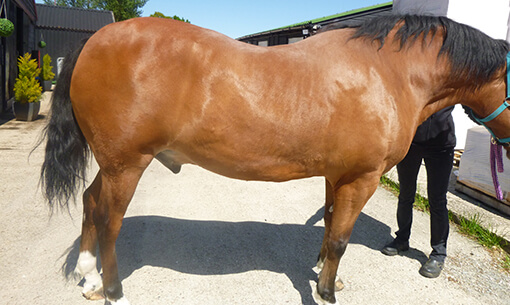 A horse owner from Essex has been banned from keeping horses for three years after failing to provide her bay Hackney cob cross with a suitable diet, resulting in him becoming grossly overweight.

The horse, named John, weighed in at more than 100kg heavier than he should have been, but since his removal from his owner last year has been steadily losing weight at Redwings, where he now has a permanent home.

The RSPCA was called in spring last year following concerns for the health of John. The court heard that over a two-month period, between March 2020 and May 2020, Woodward caused John unnecessary suffering by failing to prevent his obesity which was causing him pain, as well as failing to meet his needs by not giving him a suitable diet.

A vet described him as “grossly overweight” and estimated it would have taken several months for the horse to have reached this state. 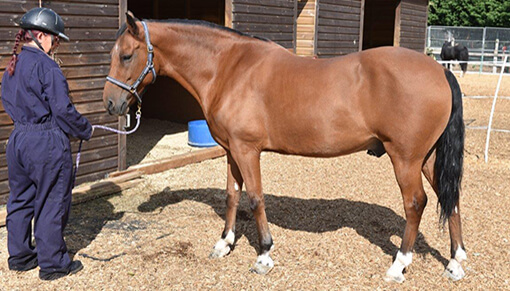 John during his rehabilitation at Redwings, compared to the top photo when he was removed from his owner.

After the sentencing Nic de Brauwere, Redwings’ Head of Welfare and Behaviour, said: “When you read stories about neglect, it is often images of emaciated ponies that hit the headlines, but obesity is a serious welfare issue and we’re pleased it has been recognised with this conviction.

“An overweight horse can suffer very significantly, and obesity can also lead to painful conditions such as laminitis, which John was experiencing.

“Since his time at the Sanctuary, we have steadily helped him return to a healthy weight, which involved losing 124kg in unnecessary fat. This equates to him carrying 27% more weight than his optimal healthy weight. This was done with John’s mental wellbeing carefully considered with our team making huge and creative efforts to ensure he was kept occupied and had plenty to eat whilst still losing weight.

“This once unhappy, frustrated and tetchy individual is now a much more relaxed, active and engaging horse.”