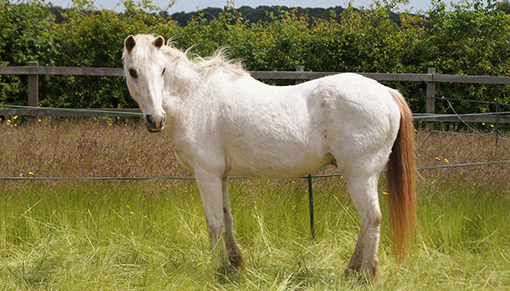 We're terribly sorry to share the news that Icky, a popular member of our Adoption Scheme for over 20 years, has passed away at the grand age of 30.

Native pony Icky had lived at our Caldecott Visitor Centre, near Great Yarmouth in Norfolk, since 1999. Before arriving at Redwings, this gentle boy was a registered spotted pony - whose official name was Haw Idris - yet despite his sought-after status, this was sadly not enough to prevent him from being neglected.

Icky was rescued from a horse sale in 1991 having been destined for slaughter. He was discovered extremely thin, with a severe worm burden and terrified of people. But thanks to specialist and sympathetic behaviour training from his carers at Redwings, Icky soon overcame his fears. His friendly and loving manner (and famous strawberry blonde beard and tail) made him a huge hit with visitors to the Sanctuary and he quickly became a Redwings Adoption Star!

Sadly, since the start of 2018, Icky had been living at the charity’s Horse Hospital after his carers at Redwings Caldecott noticed he was struggling to maintain his weight. Vets discovered that Icky had some issues with his small intestine that meant he was unable to absorb glucose and nutrients efficiently. More recently, he had begun to suffer recurring bouts of colic, linked to the problems with his intestines.

Unfortunately, his overall condition took a sudden downturn last month, leading to the heart-breaking decision being made to put him to sleep to ensure he did not suffer any further and he passed away on Friday 27th July.

Icky was a wonderful Redwings ambassador, who was adored by his supporters – some of whom had been sponsoring and visiting him for over 20 years, and when Icky had to spend his 30th birthday in our Horse Hospital earlier this year, we were overwhelmed by the amount of cards he received. 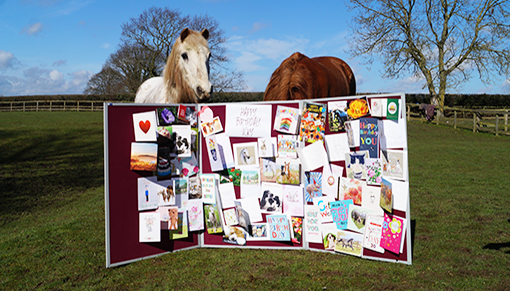 Icky with his 30th birthday cards

As one of our longest-serving Adoption Stars, Icky helped to raise thousands of pounds in sponsorship for himself and his four-legged friends, giving even more neglected ponies, like he was once, the chance to start a new and happy life at the Sanctuary.