The horrors of Spindle Farm 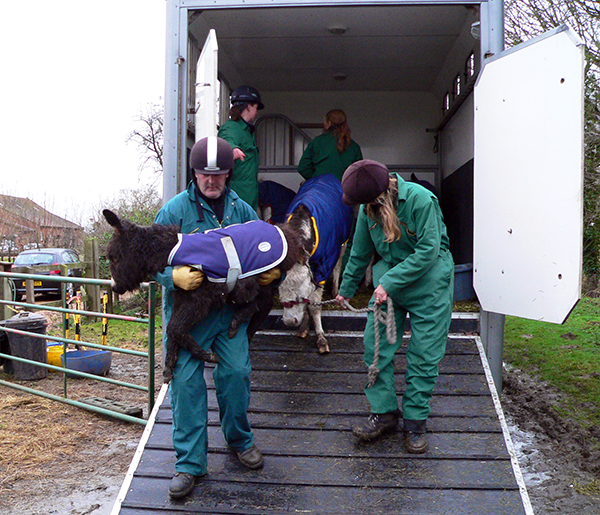 The start of 2008 marked our largest ever rescue operation to date. With less than 24 hours’ notice, 32 Redwings employees were called to help with the rescue of 97 horses, ponies and donkeys from a Buckinghamshire farm.

Living among the carcasses of 30 dead horses, the animals at Spindle Farm were found in truly horrific conditions. The horses and donkeys were discovered in varying states of emaciation, many were diseased and each one was in desperate need of help.

Twenty-one of those most in need of immediate veterinary attention were transported to Redwings and within a few weeks, six foals were born to the rescued mares, and over the next two years following another 37 of the Amersham horses were offered homes at the Sanctuary.

Among the survivors of Spindle Farm was little donkey Esther. At just two months old, Esther was the youngest to be rescued. Sadly, she was also the most critical. Her mother Martha was so emaciated she could not produce enough milk to feed her baby and following their rescue Esther had to be carried of the horsebox as she was too weak to walk by herself.

Since her rescue, Esther has grown into a confident donkey, full of life and character – so much so, she was soon enrolled on the Adoption Club as an Adoption Star! Due to her lack of mother’s milk as a foal, Esther is smaller than the average donkey, but what she lacks in height she makes up in heart and everyone who meets her can’t help but fall in love!

Many of our Amersham rescue residents have joined our Adoption Club and it is fantastic for both the Redwings team and our visitors to see how our hard work really can save and change lives – that is, the lives of cob cross Rumpel, Gelderlander Zippy and donkeys Timothy and Cain, and miniature Shetland Tinkerbell whose mothers, Mary, Leah and Elsie, gave birth within the safety of the Sanctuary shortly after their rescue. 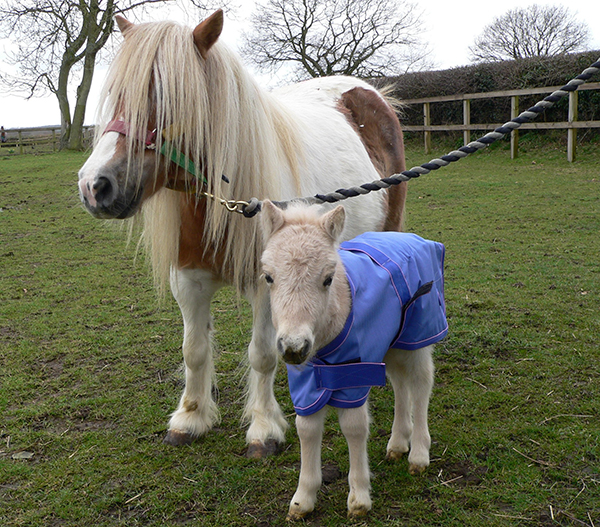 Two-and-a-half-years after the Amersham rescue and following a lengthy court case, 63 of the horses and donkeys were finally signed over into the permanent ownership of Redwings. Spindle Farm owner Jamie Gray and his family were all prosecuted, fined and banned from owning, trading and transporting equines. Gray received a life ban and a prison sentence of six months plus an additional two months, after he absconded from court.

The best way to help us help horses in need is to sponsor one of our Adoption Stars, just like Esther! To adopt a Redwings resident costs just £12.50 a year and every penny goes towards their daily care and that of their friends. Your sponsorship also helps us to continue to rescue and offer a place of safety to many more horses, ponies, donkeys and mules in urgent need, so please help and adopt a resident today!