A sad farewell to a much-loved pony 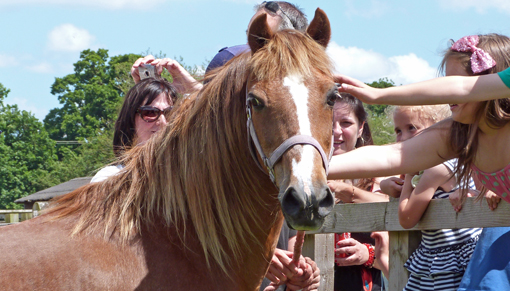 The team at Redwings Ada Cole were heartbroken to say goodbye to a very special pony at the end of October.

Troy, who at the grand age of 33 was Ada Cole’s oldest resident, sadly passed away when his arthritis became so severe that our vets could no longer keep him comfortable.

Troy was rescued by Ada Cole Memorial Stables in 1999 after he was found in very poor condition in a filthy stable with no food or water. With lots of TLC he recovered from his ordeal and soon won the hearts of his carers and visitors thanks to his gentlemanly nature.

He was best known as Adoption Star Dolly’s best friend but had many fans of his own – including Redwings Ada Cole’s Farm Manager Ron who had a real soft spot for this handsome chap – and he even became a magazine cover star when he appeared on the front cover of EQLife’s veteran special in 2014.

We will all miss this special boy very much, and Dolly will too – we’ll be keeping an extra close eye on her to make sure that she’s coping.

RIP dear Troy, we will never forget you.