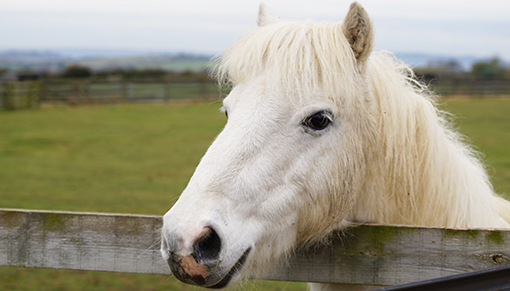 We're wishing a very happy retirement to one of our most treasured rescued residents – Welsh pony Dylan – who is stepping down from the Redwings Adoption Scheme after 14 years as an Adoption Star.

This means Dylan will no longer be available for new adopters, but he will keep in touch with his existing sponsors and his fans can still continue to visit him at his home at Redwings Oxhill, in Warwickshire.

Poor Dylan was just a one year old when he was discovered painfully thin and wandering the Welsh commons in 2003. The youngster was born with a condition known as ‘locking stifles’, which affected the joints in his legs and made it very difficult for him to move about to find food, so he would never have survived if left to fend for himself.

At Redwings, Dylan’s sweet nature soon charmed the hearts of his carers. So much so, that he was selected to be an “Adoption Star” in 2004 and has lived at Redwings Oxhill ever since.

Dylan is well-known among his fans for his changing colour – when he arrived at Redwings he was dark grey but has turned completely white over the years (look how much he has changed since the below photo was taken!). 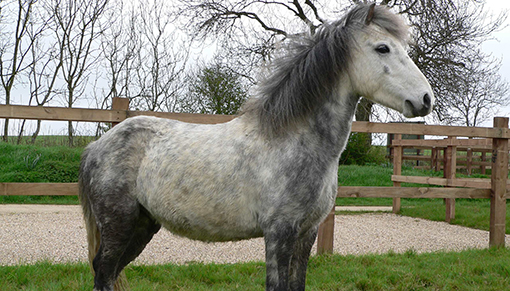 Dylan as a young chap

Sadly, with age, Dylan’s chronic leg condition has worsened and he suffers from persistent lameness in his hind legs. Thanks to close monitoring by the our vet team, Dylan is still able to enjoy a happy and comfortable life, but he now needs a slower pace so the decision has been made for this handsome chap to retire from the Adoption Scheme.

Redwings Oxhill, which is free to enter, will be hosting a series of fun half term activities, from Friday 9th February, celebrating all the wonderful things about ponies and it’s hoped as many people as possible will drop by to wish Dylan a happy retirement!

Lynn Cutress, Chief Executive, said: “It’s no surprise that with his handsome looks, sweet nature and determination to overcome hurdles with his health, Dylan has won himself countless admirers over the years. While he remains the delightful chap we have always known, with his leg condition worsening, it seemed only right that after 14 years Dylan had the chance to put his hooves up.

“As an Adoption Star, he’s not just raised money towards his own care but has also helped to support hundreds of other horses, ponies, donkeys and mules who have been brought into the safety of the Sanctuary from many desperate situations, just like he was once.

“We want to say a big thank you to Dylan for being a fantastic Redwings ambassador and to his wonderful adopters for supporting him throughout the years. We hope as many people as possible will be able to pop by this half term to wish him well.” 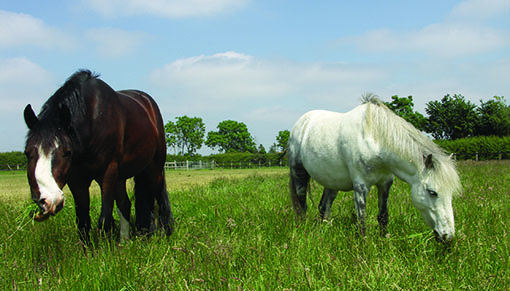 Dylan with his old friend Snuffles

Sponsoring a Redwings Adoption Star costs just £15 per year. Adopters receive photographs and updates from their Adoption Star about their latest adventures and antics, as well as access to their online multi-media diary and an invitation to their birthday party!

For more information or to sponsor an Adoption Star, click here.

Welfare awards are back at this year's Appleby...