Corsa is as popular as ever! 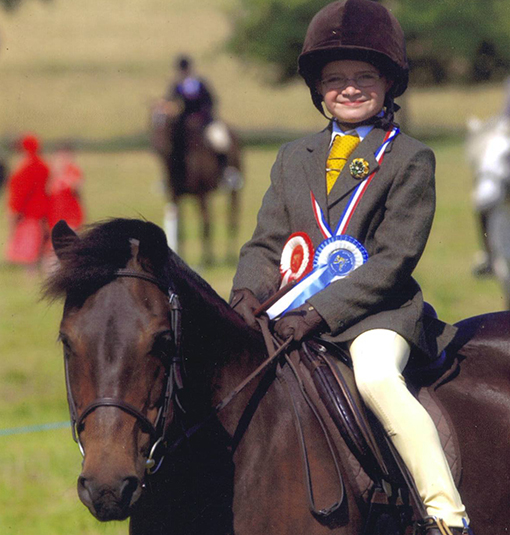 At 12.2 hands high Corsa might be a small chap but he has a big personality! He has melted the hearts of many a young rider since he was taken on by his Guardian Amanda in 2006.

“We took Corsa on for our daughter Imogen and he was an absolute gem,” says Amanda. “We couldn’t have asked for a better first pony; he was incredibly placid and forgiving as Imogen was learning to ride and, just as importantly, he was happy to stand for hours being groomed and cuddled! Imogen is a teenager now and hopes to study to be an equine veterinary nurse, so she’s definitely got the horse bug, and I think Corsa played a big part in that!”

Corsa was such a star that as Imogen outgrew him Amanda had no shortage of young girls eager to ride and spend time with him. “We were not going to let Corsa go, he was part of our family,” says Amanda. “Luckily another young girl was keen to ride and help to look after him and Corsa was able to carry on doing what he does best; being adored by a pony mad youngster!”

Amanda calculates that during his time with them, Corsa has helped nine young girls learn to ride! Now twenty-three, Corsa is still ridden occasionally and groomed a lot by his current young pupil and is as patient and kind as ever:

“Corsa is also a great companion to our other horses, he’s part of their herd as well as ours! Even when he retires completely, he’ll still be lovely to spend time with and as important to us as ever. I’m sure Corsa will still be cuddled, plaited up and groomed for years to come, and with everything he’s given to so many people over the years, he more than deserves all that fuss!”