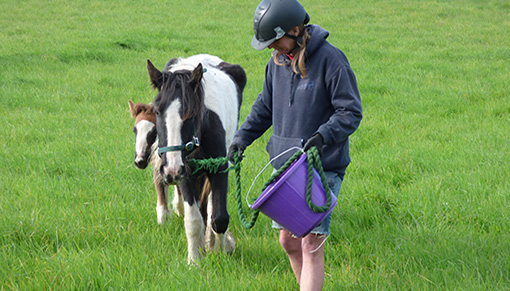 Two dedicated members of our staff are celebrating more than 50 years collectively of helping to rescue horses and donkeys in need.

The pair, who are based out of our Horse Hospital in Norfolk, drive the charity’s large horse ambulances across the country to take part in rescues and bring neglected, abandoned or abused equines to the safety of the Sanctuary.

Between rescues, they also work tirelessly to transport our residents between our sites, as well as bring horses in need of veterinary attention to the Horse Hospital and take them back to their paddocks once they have recovered.

Clair began working as a volunteer while she was still at school and then took up her first official role with Redwings in 1989, helping to provide the daily care needs of the Sanctuary’s resident horses. Alan joined us in 1998 with the intention of staying for just a month, but said the experience of helping animals proved to be “addictive”.

Clair and Alan began working together full-time as our horse box drivers shortly afterwards, and over the decades have played an instrumental role in saving countless animals from lives of neglect and despair. 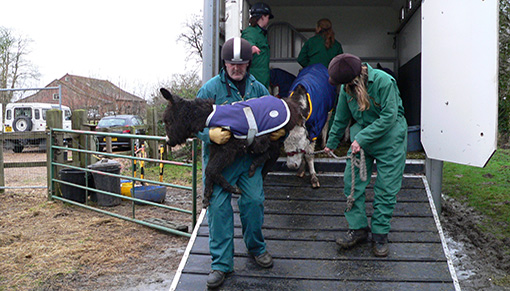 Alan and Clair helping donkeys rescued from Spindle Farm in 2008

At a moment’s notice, the pair could be called to help with an emergency rescue and will often work very long hours, sometimes in the face of difficult weather conditions, challenging terrain and even hostility from unscrupulous owners, to ensure all animals in need are brought to safety.

Rescues that stick out in their mind include their first large-scale rescue outside of East Anglia which involved a very long day rounding-up over 40 semi-feral Shetland ponies in Devon in 2002 that were suffering from lice, worms and overgrown feet.

Alan said: “None of us had done anything on that scale before. There were dozens of ponies across the fields and a steep hill. Every time we went near them they were off!”

Clair added: “We just kept going. A lot of people had given up on them but we managed to catch them all in the end. With our job you finish when you finish – that’s what you have to do when animals are involved.”

Another memorable rescue took place at Spindle Farm in Amersham, Buckinghamshire in 2008 where over 100 horses, ponies and donkeys were saved from appalling neglect. Clair and Alan helped to bring 21 equines in need of immediate veterinary attention back to Redwings and transport the remainder to other charities around the UK, all in one day.

Clair said: “We’ve been to so many rescues it’s hard to remember them all, but I’ll never forget carrying Pinocchio (a miniature Shetland pony) onto the trailer that day. He was so little and all the life had gone out of him. I really didn’t think he was going to make it. A few weeks later we gave him a football in his paddock and he could have played for England! To think not that long ago he had given up on life.” 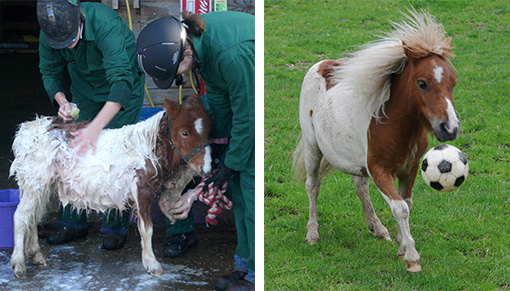 Asked whether they are still shocked by the neglect they encounter, Alan said it always saddens them but their years of experience had helped to harden them to some of the sights they witness.

He added: “At the end of the day, it’s nice to see animals that are suffering taken away from nasty people. We’re very proud of what we do.”

Lynn Cutress, Chief Executive, said: “Both Clair and Alan are very modest about what they do, but over the years they have become the backbone of our rescue operations and together with our field officers and vets they have helped countless neglected animals begin new happy and safe lives. We’re so incredibly grateful for their many years of service and look forward to many more to come.”