Our work on Bodmin Moor continues 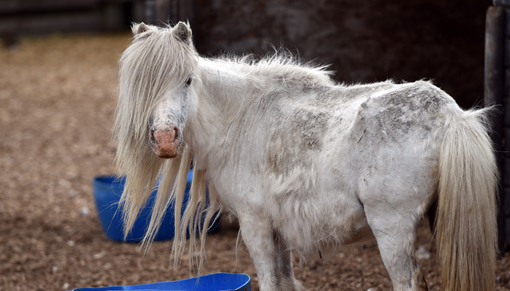 During a two-day operation – Thursday 16th and Friday 17th June 2016 – Redwings assisted the Bodmin Moor Commons Council with the round-up and rescue of 14 ponies; seven of which were transported to one of our Norfolk farms, comprising a lone elderly Shetland mare, a mare and foal, and two pairs of siblings. The remaining seven were rehomed to local Bolenowe Animal Sanctuary.

Commenting on the condition of the ponies, Nic said: “The group were very dull and depressed, and thought to be suffering from fairly profound parasite burdens. They were all also completely unhandled and visibly terrified of people. One pony of particular concern was a chestnut foal rescued with his mother who had previously been found by a local farmer with his leg trapped between two boulders.” 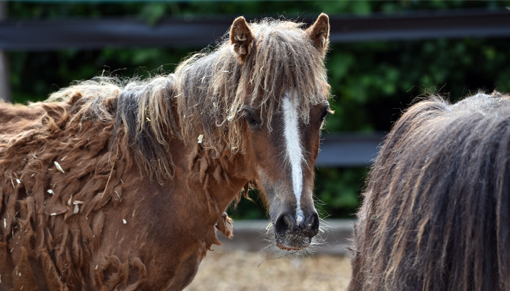 This rescue operation comes just two months after we assisted with a large scale, multi-agency round up in April – read the full story of the April rescue here.

“Native ponies have found life on some areas of Bodmin Moor extremely challenging this past winter and into spring,” continued Nic. “As well as the consequences of relentless rain affecting grass growth and grazing, we have seen an increase in ponies affected by high worm burdens; a lack of frost has allowed parasites that would otherwise have been killed off by freezing temperatures to thrive.

“Overstocking is also causing catastrophic effects to welfare on some commons. There are simply too many horses, and mares and foals are being caught in the cross fire of stallions fighting.”

Redwings has been supporting welfare work on the Moor for many years, with Nic at its helm, and sees real hope in the Bodmin Moor Commons Council (which was established in March this year) for ensuring long-term change to the welfare of ponies.

“We are planning a three-day operation for autumn this year to help the Council microchip and passport horses,” explained Nic. “Formal identification of horses will ensure those with grazing rights can do so and those who do not can no longer view the Moor as a dumping ground – which has exacerbated the issue of overstocking.

“By working with both the Council and the commoners, we can help ensure owners are aware of and adhere to their responsibilities for the health and wellbeing of their horses; that is, not only in controlling breeding through gelding and prevention of parasite infestations, but also in ensuring their ponies can be handled to receive veterinary intervention should they need it.” 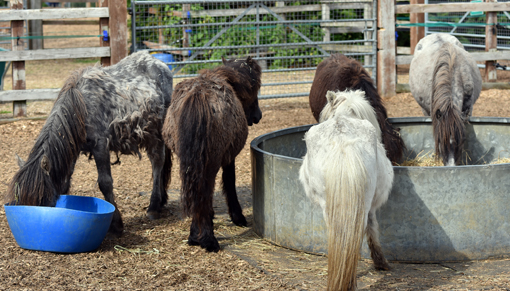 The ongoing care of the seven ponies recently removed from the Moor will not be straightforward. As well as being in poor condition, their fear of people will require a very patient approach and all the skills of our specialist behaviour team. One pony, since named Arthur, has been particularly unwell since his rescue. Read Arthur's story here.

Our work helping horses in need like those on Bodmin Moor is also ongoing and we hope everyone will get behind us and support our "Moor for Horses" campaign. Click here to find out how you can help. Alternatively, simply donate below:

Donate to help us do 'Moor for Horses'