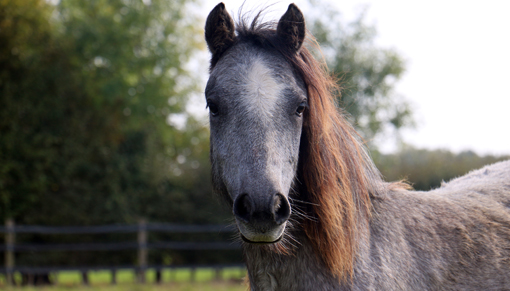 In September 2016, Redwings led a multi-agency operation in collaboration with the Bodmin Moor Commons Council and funded by the Elise Pilkington Charitable Trust, to formally identify the owners of ponies on Eastmoor. The project was also supported by North Cornwall MP Scott Mann, as well as the Animal and Plant Health Agency (APHA).

A lack of enforcement of equine identification laws had led to ponies being abandoned or illegally grazing on areas of the Moor. This overcrowding (including a high population of stallions), coupled with poor grazing as a result of adverse weather conditions had left many ponies struggling to survive.

Over the course of the operation, over 160 semi-feral ponies were rounded-up for health-checking, passporting and microchipping to discover which equines had the right to graze on the Moor. The fundamental aim of the project was to safeguard the ponies’ long-term welfare by encouraging all owners to adhere to their responsibilities towards their animals and discouraging unscrupulous individuals who had often seen the Moor as a dumping ground.

Of those equines rounded-up for processing, 16 unclaimed ponies requiring urgent veterinary attention were brought back to Redwings. A further 46 equines were transported to safe boarding facilities where we continue to fund their care. Approximately another 70 ponies were offered homes by other animal welfare organisations including Bolenowe Animal Sanctuary, Mare and Foal Sanctuary, Blue Cross, Bransby Horses and World Horse Welfare.

The ponies signed over into our care were named after Roald Dahl and his famous characters in honour of what would have been the author’s 100th birthday, including Lavender, James and Muggle Wump. Since their arrival, all 16 have made a full recovery and their herd has even increased to 19 members following the birth of three foals at the Sanctuary.

However, while they may have recovered physically, many are still very timid and fearful of human contact, so half of the group has now travelled to our dedicated Behaviour Centre where they have begun specialist handling programmes to help them learn to trust people. 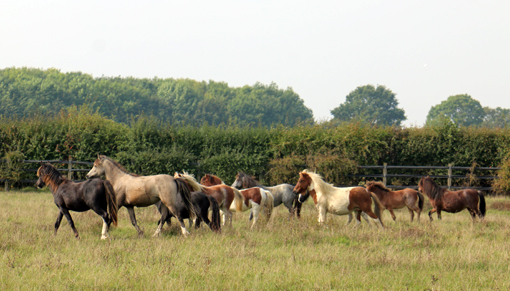 Meanwhile, for those ponies continuing to live on Eastmoor, the measures put in place have resulted in a significant improvement in their welfare. “In fact, the microchipping operation on Eastmoor has had a knock-on effect to all areas of Bodmin Moor,” commented APHA Veterinary Officer Lorna Stevenson. “Most notably, St Cleer has seen a dramatic reduction in the number of ponies and an improvement in the condition of those living there. Also, I am delighted to say that during the winter 2016-17, the APHA did not receive a single welfare complaint about the ponies on Eastmoor, which is the first year ever that this has happened during my many years working for the agency.”

Further highlighting the far-reaching impact of the microchipping operation, Julie Dowton, Secretary for the Bodmin Moor Commons Council, said: “Before the Commons Council, we did not have any control or power in law to deal with the welfare issues on Bodmin Moor and were very reliant on APHA to remove animals under the Welfare Act. The Establishment of the Bodmin Moor Commons Council has given us that authority and we are now ready to use it without hesitation. Back in September 2016 knowing we were facing another winter crisis, we turned to Redwings for help.  The rest is now history.

“The Bodmin Moor Commons Council have appointed me as their Livestock Welfare Officer. We now have an equine policy committee who are working on plans for the future looking at an annual microchipping program, a stallion approval program and much more. We have all areas of the moor covered by commoners who will respond to any calls of poorly ponies, injuries or road traffic accidents. The best news is we have not had any calls or identified any neglected or malnourished ponies. We are grateful to Redwings for helping us to make the changes needed for a better future for the ponies of Bodmin Moor.”

Redwings’ Head of Welfare and Behaviour Nic de Brauwere who led last year’s operation said: “We have been monitoring and rescuing horses from moors and commons for many years, but the situation last year had tipped towards crisis point. It was fantastic to see so many agencies coming together to be part of such an ambitious microchipping operation and to see the dramatic improvements in the welfare of the ponies still living on Eastmoor as a result of this action has made it all worthwhile. I’d like to thank everyone involved, in particular to the RSPCA whose assistance in rehoming the ponies removed has been invaluable.”

Echoing Nic’s words of thanks, Lynn Cutress, Redwings’ Chief Executive, said: “I’d like to extend my thanks to our supporters whose donations to our “Moor for Horses” campaign ensured we were able to provide the urgent veterinary treatment, feed and daily care our 16 rescued ponies needed to make it through last winter. It’s wonderful to see how well they and their new foals are thriving now, and we hope to be able to bring those ponies still in boarding into the Sanctuary in the near future.”

You can continue to support our work on Bodmin Moor and the ongoing care of those rescued simply by buying a T-shirt! Click here to find out how. 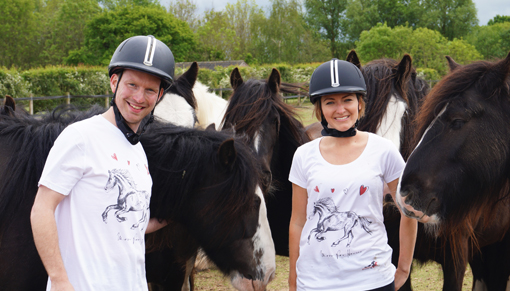