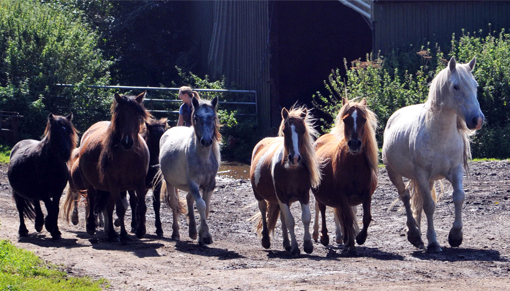 An ambitious four-day operation (12-17th September 2016), developed by Redwings in collaboration with the Bodmin Moor Commons Council, saw over 160 ponies rounded up for passporting and microchipping.

Led by our Head of Welfare and Behaviour Nic de Brauwere and funded by the Elise Pilkington Charitable Trust, the project involved colleagues from the Animal and Plant Health Agency (APHA) and Bodmin Moor Commons Council, as well as Blue Cross, Bransby Horses, British Horse Society, RSPCA and World Horse Welfare coming together to formally identify the ponies on the Moor in order to secure their future welfare.

“The fundamental aim of this project,” explains Nic, “was to formally identify the ponies of owners who have rights to graze on the Moor through microchipping and issuing passports. This safeguards the future of the ponies both by ensuring all the owners adhere to their responsibilities to their animals’ care and by preventing any unscrupulous individuals seeing the Moor as a dumping ground or opportunity to fly-graze their horses.”

The plight of the ponies on Bodmin Moor has been well documented; indeed, this operation sees our third visit to the area this year (read more stories about our work on the Moor here). 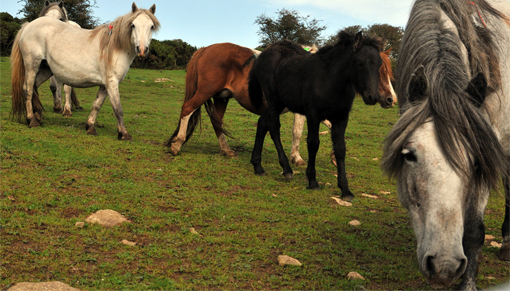 A lack of formal identification of horses and a lack of enforcement of identification laws has led to ponies being abandoned or illegally grazed. This overcrowding (in particular a high population of stallions), coupled with poor grazing as a result of adverse weather conditions, has made life for the ponies of Bodmin Moor particularly difficult.

The work of the animal welfare charities and Commons Council in helping the horses of Bodmin Moor has also attracted the support of MP for North Cornwall Scott Mann, who has championed the microchipping operation and attended on Thursday 15th September. Scott Mann MP said:

“We had a number of people contact our constituency office with concerns for the ponies on the Moor, particularly during the spring months. I felt the welfare of the ponies was an important issue to take on and so this project was something I was eager to be a part of.”

In total, over 160 ponies were rounded up for processing during the operation. Sixteen unclaimed ponies – some of which required urgent veterinary attention and others whose condition was such that they will not survive the winter – were rescued from the Moor and brought back to Redwings. The Mare and Foal Sanctuary and the RSPCA also offered homes to ponies, and pledges for more homes were made by Bransby Horses and Blue Cross. 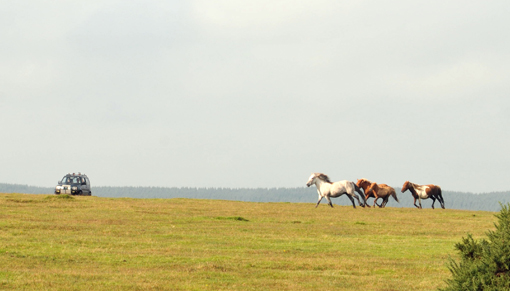 As well as distinguishing ponies that are legally and illegally grazed, this operation was also designed to assess the health and condition of the ponies. The ponies on the Moor are largely feral and unhandled so all those rounded up received a full health check and worming.

“Without the facilities and handling skills of Redwings and partner welfare organisations we simply wouldn’t be able to get close enough to microchip these semi-feral ponies,” reflected APHA Veterinary Officer Lorna Stevenson. “The whole operation has been a real pleasure to witness and be part of. It has been carried out in a calm, quiet and professional manner without causing any undue stress to the animals and it has also given us a valuable opportunity to assess the health status of the ponies so we can build a picture of the welfare issues affecting those on the Moor.

“It is also great to see the commoners involved in this operation as ultimately it is the commoners’ responsibility to ensure the future welfare of the ponies and they will be able to do so with the guidance and support of the charities.”

Echoing Lorna’s comments, Commons Council Secretary Julie Dowton said: “This operation is a huge step forward for Bodmin Moor. Problems with formal identification of the ponies and associated welfare issues have been occurring for many, many years, and we simply could not solve them alone, so my heartfelt thanks goes out to everyone involved this past week”.

You can continue to support our work to do "Moor for Horses" by donating below, or click here to see how you can help us help horses in need simply by buying a T-shirt, tea towel or tote bag - view our range.

Donate to help us do 'Moor for Horses'