A sad goodbye to a much-loved resident 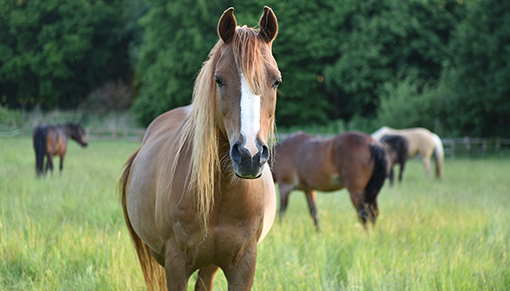 Last week we sadly said goodbye to a much-loved resident, handsome Arab Aslan, who had lived at our headquarters in Norfolk since 2014.

He was one of just a few Arabs at the Sanctuary and often featured in our newsletters and leaflets. His cheeky personality certainly made him a firm favourite amongst staff!

Aslan was rescued in 2013 alongside a mare after they were discovered living in horrific conditions in an emaciated state. The body of one of their friends had sadly been left on a rubbish tip near the pair.

His owners were later convicted of numerous animal welfare offences, and was given a four-month prison sentence and a 15-year ban from keeping all animals.

After enjoying six safe and happy years at the Sanctuary, sadly on Friday 17th April, Aslan started to show symptoms of colic, a severe type of stomach pain that can sometimes also be a sign of something very serious. He was monitored by the vets overnight where his condition remained stable, but unfortunately his discomfort started to increase the following day.

Unfortunately Aslan was not a candidate for colic surgery due to his pre-existing conditions that included lameness and stiffness, so the vet team had to make the heart-breaking decision to put him to sleep to ensure that he did not suffer.

Our vet team work around the clock to tend to emergency cases such as Aslan's, and this remains no different during the Covid-19 pandemic. If you can, please consider making a donation to our Horse Hospital where our vet team fights every day to save rescued horses and donkeys.

Aslan will be very much missed by all the team here at Redwings. RIP Aslan.