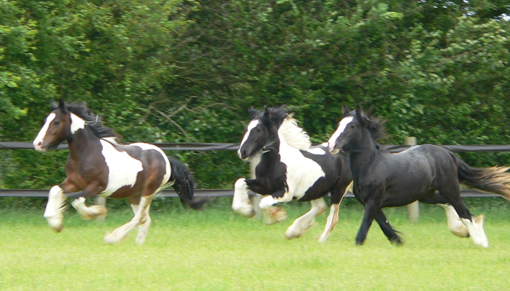 Put simply, sentience is the ability of a living being to feel, perceive and experience the world around them. All animals are recognised as sentient under European legislation, but there is currently discussion on whether this status should be included in the UK’s Animal Welfare Draft Bill, which is being written in preparation for our withdrawal from the European Union.

Redwings is constantly working to understand more about how horses think and feel, so when the government launched a public consultation on the contents of the Bill last November, we were well-placed to contribute to this important discussion.

There is general acceptance across the political spectrum that animals are sentient, but opinion is divided as to whether this needs to be specifically included in the new Bill. The draft contains ‘an obligation, directed towards government, to pay regard to the welfare needs of animals when formulating and implementing government policy' and this is a point of contention for many people. Click here to read the consulation.

Some people argue that animals already enjoy a high level of legal protection in the UK through existing animal welfare laws, so additional legislation is not needed. Others are concerned that loss of recognition of animal sentience in law is a backwards step that does not reflect advances in scientific understanding of animals’ individual life experiences.

Redwings firmly believes that the sentience clause should be retained in UK legislation once we have left the EU. As Lynn Cutress, Redwings’ Chief Executive, explains, “Laws such as the Animal Welfare Act (2006) and the Animal Health and Welfare (Scotland) Act are invaluable in enabling organisations like Redwings to step in when a horse is not getting the care it needs. But by observing and interacting with hundreds of sanctuary residents each day, Redwings knows how much more is involved in a good quality of life than just absence of pain and suffering.”

As part of our response to the government, Redwings recommended that ‘…the Bill should recognise that all welfare needs should be met not only by ensuring the absence of negative affective states (pain and fear), but also by enabling positive affective states to ensure a life worth living.’

Lynn is keen to emphasise that both physical and psychological factors contribute to a horse’s wellbeing. “Just like humans, animals need more than food, water and shelter to be happy with their life. Companionship, space and freedom to graze are deep-rooted instincts for horses and here at Redwings we take our residents’ mental health as seriously as their physical health.”

The Bill also proposes to increase the maximum prison sentence for serious animal welfare offences from six months to five years, a change which Redwings welcomes. We believe that in some of the most severe welfare situations we experience, such as the terrible suffering seen during the Amersham rescue in 2008, a judge may think a significant custodial sentence is needed.

The consultation period ended at the end of January and we are currently waiting for revisions made following the consultation to be made public. We will post updates as the Bill progresses through parliament.