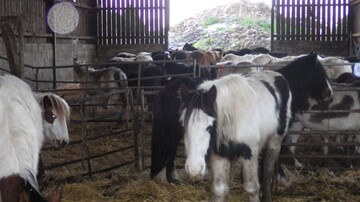 A man has been jailed for 19 weeks and given a lifetime ban from keeping animals after 170 animals were found living in poor conditions on a Surrey farm in one of the UK’s biggest ever animal rescue operations.

Surrey Police executed a warrant at a farm in Ripley, Surrey, on 9 January 2019 as part of an RSPCA-led investigation into concerns for the welfare of horses at the site. Guildford Borough Council, Bucks and Surrey Trading Standards, Bransby Horses, Redwings, The Horse Trust, The Donkey Sanctuary, World Horse Welfare, Dogs Trust and a number of vets assisted on the day.

This week, a man was jailed at Guildford Crown Court for causing unnecessary suffering to two horses and one goat, and failing to meet the needs of 171 animals including 131 horses, 33 dogs, two alpacas and five birds.

Rescuers who arrived at the scene discovered two starving ponies, suffering from cyathostominosis (a disease caused by parasites) in one pen and a goat collapsed in another. In court, their owner admitted to failing to provide them with enough nutritious food or seek vet treatment for them. Sadly, all three animals were put to sleep at the scene on the advice of vets to prevent them from further suffering.

Huge herds of ponies, many riddled with worms, were living out in fields with hazardous metal and broken fencing sticking up from the thick mud. Inside two barns were pens full with donkeys, goats, alpacas and ponies; many of them standing on top of 2ft-3ft of months worth of waste and faeces. Many were skinny and had underlying health conditions.

Dozens of dogs - some heavily pregnant and others with tiny puppies in tow - were found chained and tethered on the filthy yard, while others were shut inside tiny cramped cages or makeshift kennels.

The owner admitted to animal welfare charges including causing unnecessary suffering to two collapsed ponies and one collapsed goat, and not meeting the needs of more than 100 others.

“This was a huge multi-agency rescue mission which was the culmination of weeks of planning and evidence gathering. In total, there were 100 staff from different agencies working on the case to help round up the animals. It took almost 12 hours on the day to assess all of the animals, load them into horse boxes and animal ambulances, and move them off-site; making it one of the biggest coordinated rescue missions the UK has ever seen.

“We had to have a plan in place that would allow us to remove a large number of animals on the day but we hoped that wouldn’t be necessary and had no idea what action would be taken until vets were able to assess all of the animals.”

“The reason I do my job is because I care passionately about animals and I’ll be overjoyed when all of these animals are in loving homes being given the care, love and attention they deserve.”

Senior Vet Nic de Brauwere, head of welfare and behaviour at Redwings, said: “This is one of the largest rescue operations Redwings has supported in recent years and we were pleased to play our part in bringing many of these horses to safety. It was such a complex case that it was vitally important to see so many welfare agencies working together so effectively.”

Some of the horses who arrived at Redwings were pregnant and, in the months following the rescue, gave birth to three foals in the safety of the Sanctuary. Piebald cob mare Myra - who required foot trims, worming and treatment for leg mites when she arrived - became a mum to little Gwendoline in April 2019. Despite Myra’s previous neglect, Gwendoline was born a healthy foal and continues to enjoy a happy life at Redwings. Having only known love and care at the Sanctuary, it’s hoped she may one day be a suitable candidate for the Redwings rehoming scheme. 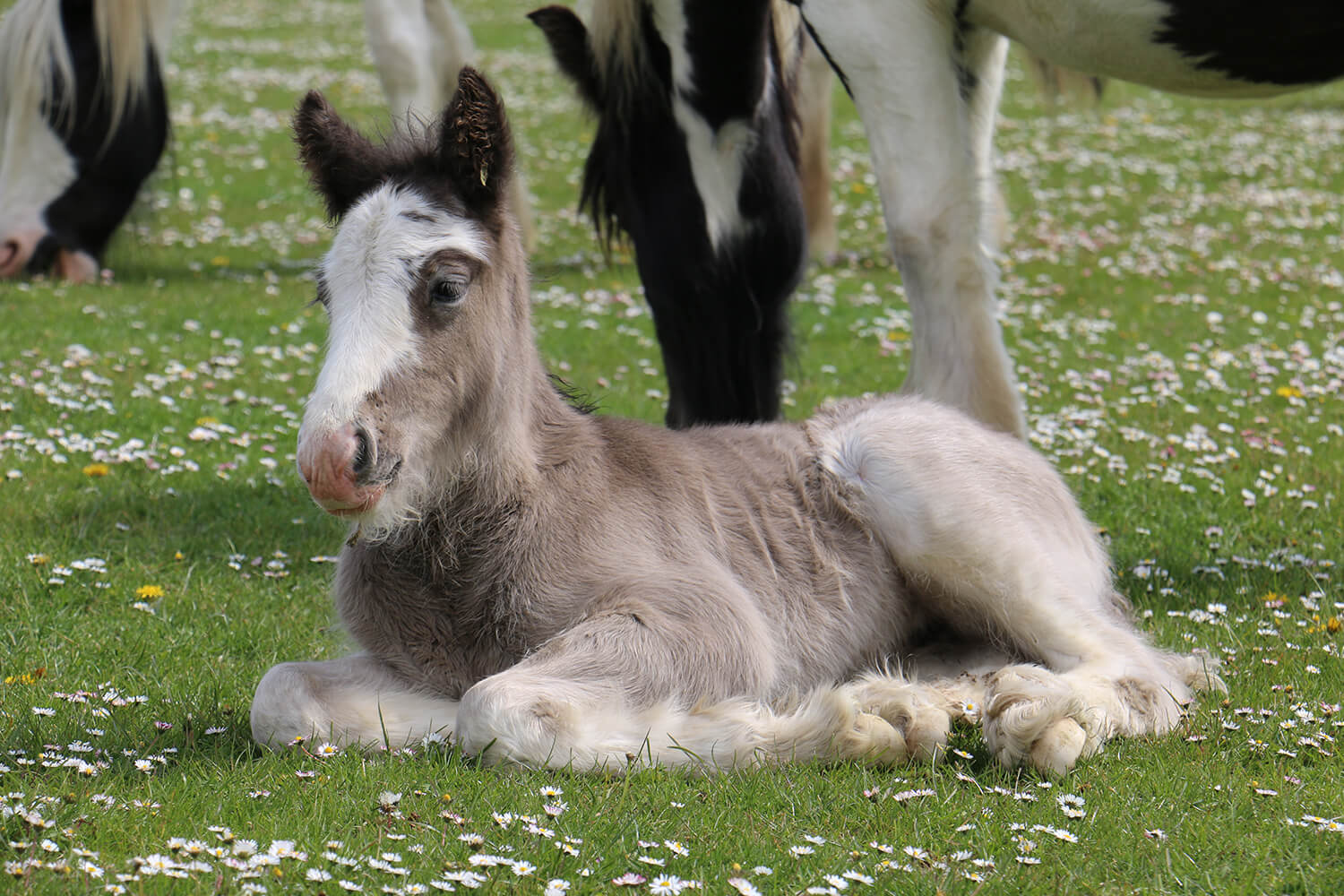