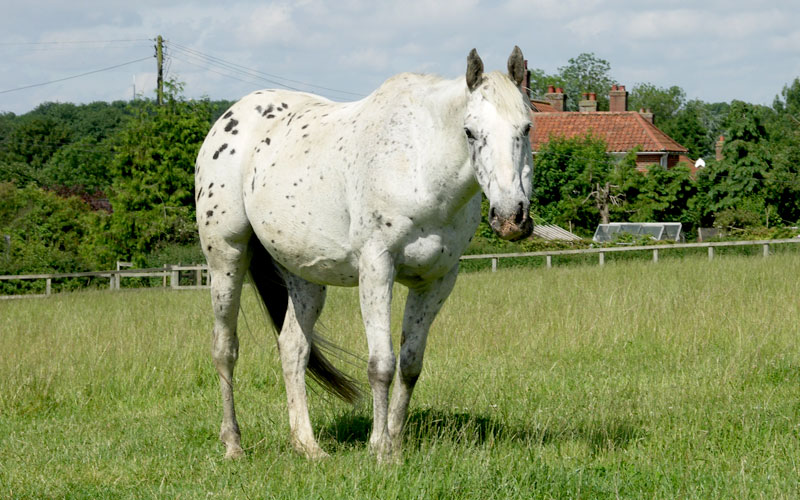 Willow, the stunning Appaloosa, came to Redwings Horse Sanctuary in 1991 after we had rescued him from a small piece of land in Great Yarmouth, where he was being used to pull a carriage up and down the seafront. Willow was tethered on a small and unfenced patch of grass beside the main road; his water supply was unreliable and he was in poor condition. Redwings received many calls from the public who were concerned about Willow’s welfare, and so we offered him a permanent home here at the Sanctuary. Once Willow had fully recovered he joined our Adoption Scheme and he lived blissfully at Redwings Caldecott centre with his pals, Dribbles and Albert, and his very special girlfriend, Isabel. Willow was perfectly suited for the Adoption Scheme as he loved fuss, cuddles and being centre of attention! Sadly this gorgeous boy was put to sleep in 2007 after he had been suffering with stiffness from his arthritis. Willow had a wonderful life at Redwings, where he made many friends; the horsey kind and the human kind!