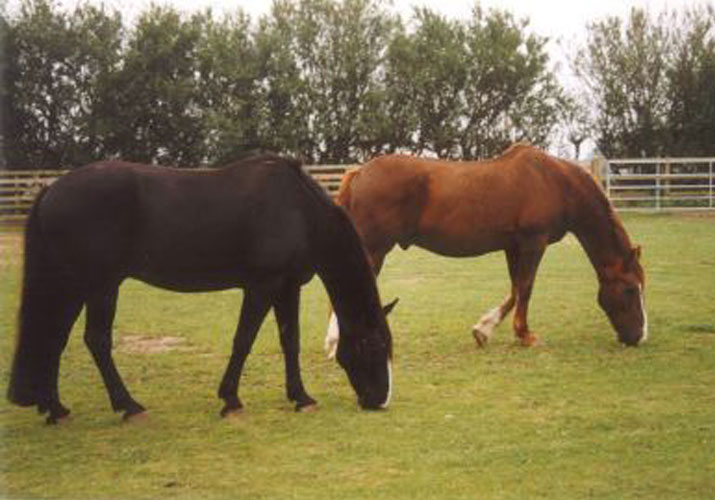 Welbeck arrived at Redwings in 1990 as a nine year old chestnut gelding, standing at 17hh. Before he came to live at Redwings, Welbeck had a busy career as a Police horse and he was actually on duty during the 1989 Hillsborough disaster. He sadly developed lameness problems and arthritis some time later, which meant he was unable to continue his active life as a Police horse. We were contacted by his owners who requested our help with his re-homing and we couldn’t resist offering handsome Welbeck a place at our Sanctuary! Despite being arthritic, he lived happily for thirteen years at Redwings and during that time he was a special member of our Adoption Club. His experience working as a Police horse meant that he was incredibly friendly and relished the attention he received from his loyal supporters. At the age of 22, Welbeck’s arthritis was becoming increasingly more difficult and uncomfortable for him, so he sadly had to be put to sleep in 2003. Welbeck was a true star and we are grateful to have been able to take care of such a magnificent horse!