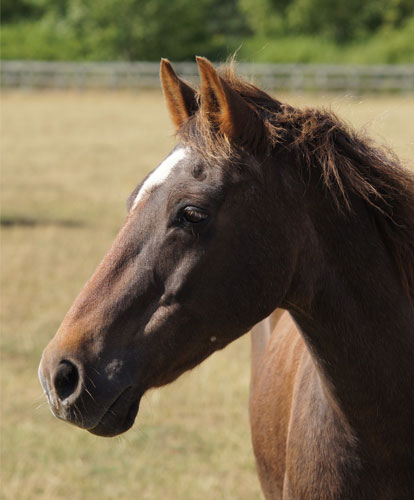 Rusty was on the Redwings Adoption Club right from its inception, and he passed away in 2014 at the grand age of 31. He had originally been rescued by Redwings from Watton Horse Sale where he had been found in very poor condition and suffering from a severe worm burden. He was a very friendly pony who loved cuddles so once he had recovered we knew he’d make a perfect adoption star! He lived at Redwings Caldecott for many years where he built a loyal band of fans and supporters who loved his cheeky trick of begging for treats! Rusty sadly developed arthritis and PPID and when he started to go downhill we knew it was time. We still miss this beautiful boy and we know so many of you will too. Forever in our hearts.