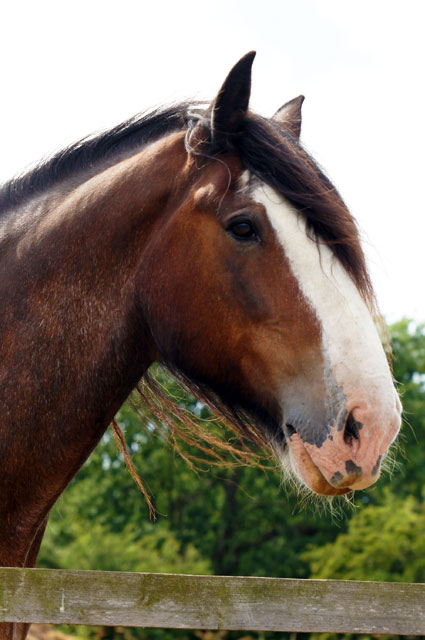 Handsome bay Shire cross Prince came to Redwings in 2008 from a nature reserve where he had lived after retiring from working as a log-pulling horse. He went to live at Redwings Caldecott in Norfolk, where his gentle and friendly nature - and love of pulling funny faces - made him a hugely popular Adoption Star. Prince loved being around people and would always come over to the fence for cuddles and a scratch!

In his last year Prince had a flare-up of recurring problems with his left hind leg, which we think were caused by all the hard work he did before he came to Redwings. He retired from the Adoption Club and came to live at Redwings Hapton HQ, where he lived in a sunny field with his friend Queenie and continued to enjoy many visits from his loyal fans. Prince sadly passed away in 2014 after a severe deterioration in his condition. We still miss this gentle giant very much and we’re sure many of you do too.