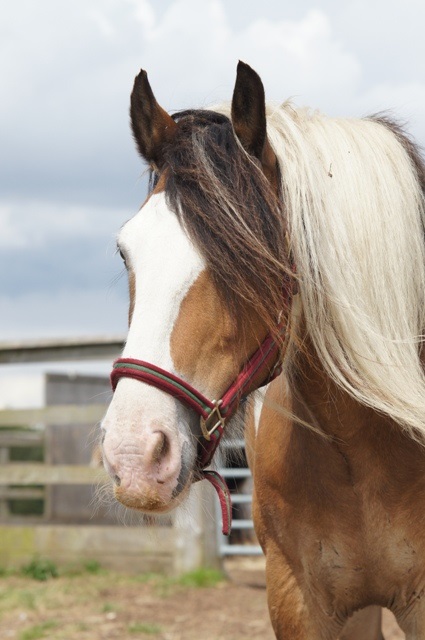 Gorgeous Finnegan was originally rescued from London by the RSPCA in 1996 along with two friends, Henry and Splash. All three had been neglected and were extremely thin but they soon made a full recovery here at Redwings.

This beautiful coloured cob was retired from the adoption scheme in 2014 as he had been diagnosed with arthritis but he had been coping well, however in summer 2015 he really started to go downhill and his carers were getting very worried about him as despite maximum pain medication he still seemed very uncomfortable and was isolating himself from his friends. In the end our vet team felt they had no choice but to put him to sleep to ensure he did not suffer.

Despite his tough start in life, Finnegan was an incredibly sweet chap who won over all our hearts with his gentlemanly manners, as well as his very handsome feathers!

He joined the Adoption Club at Redwings Stonham in Suffolk, and then moved to Redwings Ada Cole in Essex. We are devastated to lose this very special chap and we know you will be too.